This August, IN THE LIFE concludes its Summer of Stonewall series celebrating the 40th anniversary of the Stonewall Riots with “Coming Together,” a look at how LGBT art and culture has shaped and inspired the movement.

Caffe Cino
Credited as the first Off-Off-Broadway theatre, Caffe Cino began in 1958 as a Greenwich Village coffee house with a tiny makeshift stage. This Bohemian refuge was home to burgeoning gay playwrights and performers, who, inspired by its owner, Joe Cino, were liberated to create their most experimental and daring works of self-expression.

In A Conversation With… writers Edmund White and Doric Wilson share first hand accounts of the Stonewall Riots, and discuss how bearing witness to the uprising impacted their work and shaped their politics.

Capping off the Summer of Stonewall series, this episode’s REAL TO REEL highlights Crayton Robey’s 2009 documentary “Making the Boys,” a tribute to Mart Crowley’s 1968 play and William Friedkin’s subsequent film adaptation of the classic story that swept gay and straight audiences alike, The Boys in the Band.

“Coming Together” will begin airing Aug 1st and be available for free video streaming and downloadable podcasts from IN THE LIFE Aug 2nd. To find out when it will air in your local area, and/or to stream or download it, go to IN THE LIFE.

To watch a preview of “Coming Together,” click here. 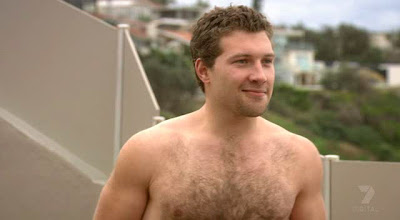 Email ThisBlogThis!Share to TwitterShare to FacebookShare to Pinterest
Labels: GLBT, In The Life, Stonewall, TV shows

Thank you for this Mark. Once I get home, I will need to DL the podcast and set up email reminders. I love the series, and just missed it.

The Caffe Cino was an important part of the history of NYC theater. The Circle Repertory Theatre, where I worked back in the 80s, was an offshoot of Cino, with Lanford Wilson and Marshall Mason leaving Cino to start their own.

Anyway, the irregular schedule of ITL makes it easy for me to miss it. With your links, I can set up a reminder.

Thanks for the heads up.
I love "In The Life."