Week 8
Mon: The framing of the shower room and the shelf behind the tub was started. The shower room is in the right side of the photo below. The hole in the framing will be filled with glass blocks. 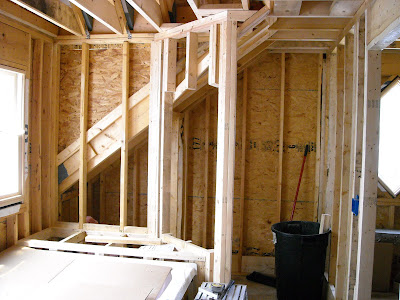 Tues: HVAC work required opening the foyer ceiling to install a new duct. This will allow for a direct line from the a/c unit into the new space, instead of tapping into ducts used to heat/cool other rooms. 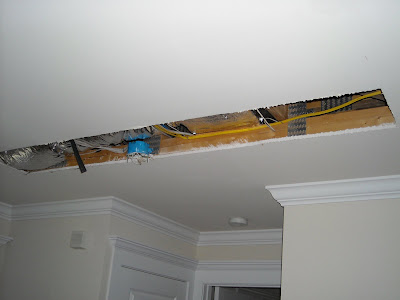 Framing of the pocket door (for the toilet closet) was completed. 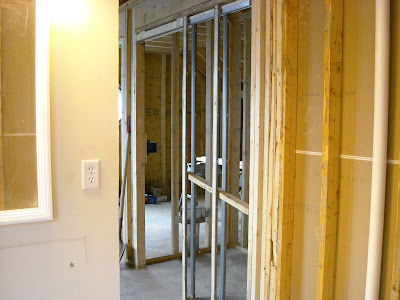 We decided to take advantage of some of the 'wasted space' under the eave by having open shelving for towels, etc. The framing was redone to support this (future) shelving, next to the tub. It will be taller on the left side and slope down on the right, which should create a more interesting looking shelving unit, rather than a square shelving unit. 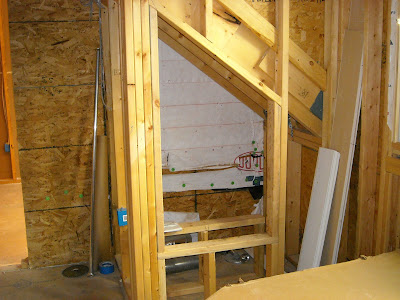 Framing of the storage access door was completed. This is the back wall of the new walk-in closet. The space behind the closet wall will be utilized as storage space. 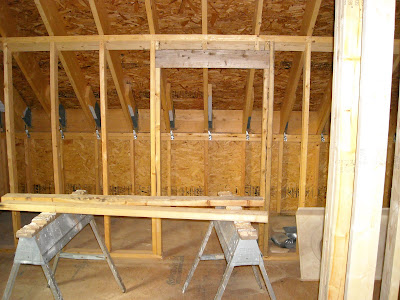 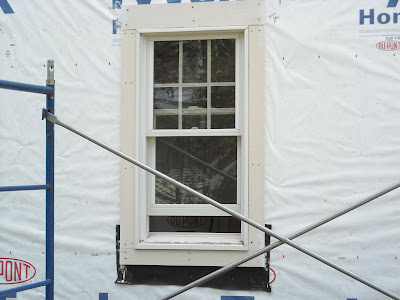 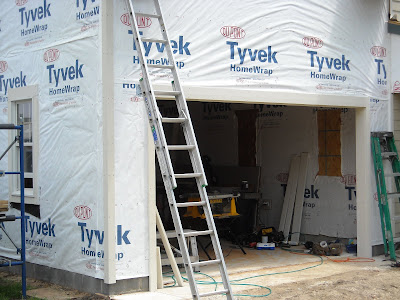 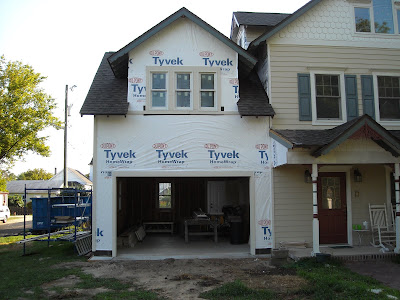 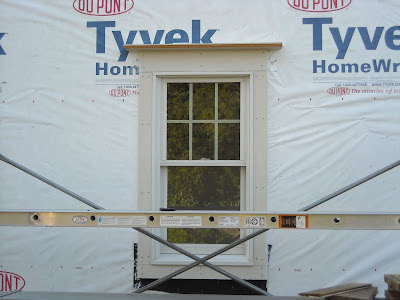 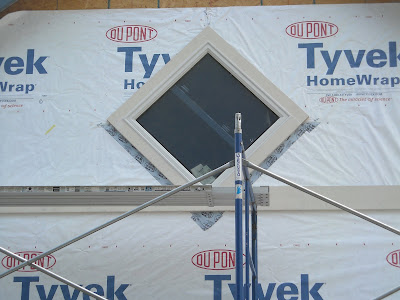 When all the primed trim lumber was delivered on Mon it seemed like there was way too much. I just didn't realize how much trim would be used. 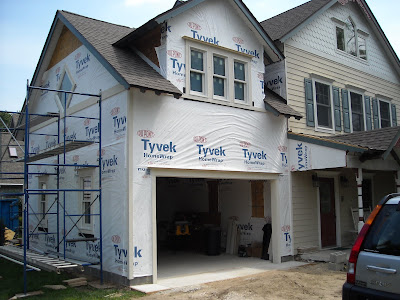 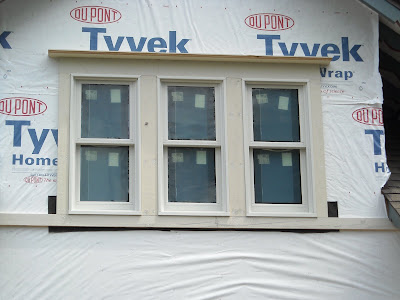 The last door was delivered. This door will allow access from the house into the garage without going outside. This will be useful to us since we plan to put a small freezer in the garage. 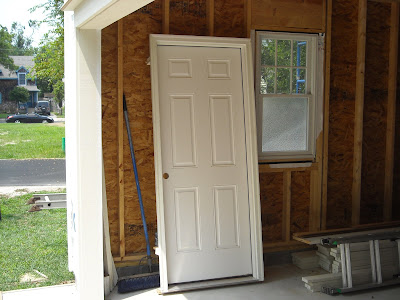 Dave the electrician returned to run the wiring throughout the garage, bathroom extension and new closet. 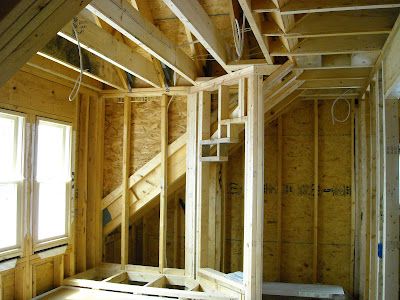 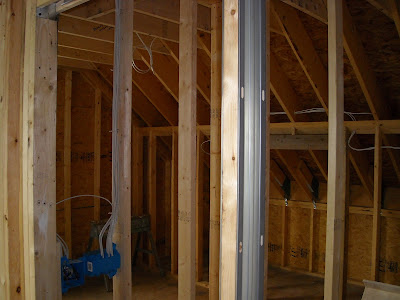 The siding they'd been waiting for since Mon was finally delivered on Fri at 3pm, which was too late for them to start installing it. 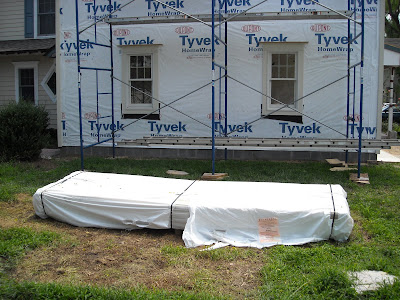 The foyer ceiling, opened for HVAC work, was patched. 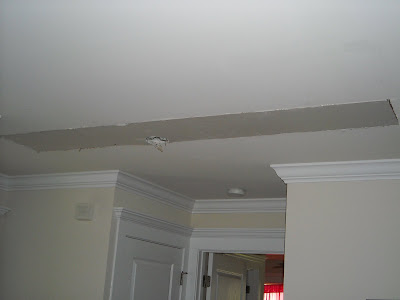 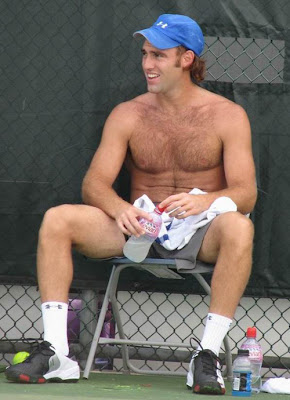 Email ThisBlogThis!Share to TwitterShare to FacebookShare to Pinterest
Labels: addition

Didn't you get any pics of any of the hotties doing the work? Any construction studs with bulging baskets and sweat dripping off their nips? Come on boy, work that camera!!

Hey I bet you're seeing all kinds of crack.mmmmmmmmm
Everything looks great so far. I can't wait till we start decorating!!!!!!

Wow, it's really coming together! You must be getting very excited.

after all that, the only thing I can think of is that beautiful crown molding in your house!!!!

so much work getting done, so that's good. and the outside is really coming along.

It looks like it's nearly done. What do you think - two weeks or so left?

Not a lot longer now! It's looking great!

Actually, we are just past the 1/2 way mark. Despite all the progress there is still a lot to be done (plumbing, HVAC, insulation, drywall, painting, fixtures, tile, flooring, lighting, garage door, etc.)

i'm getting very inspired by this reno!

poodle and i have a short wish list that is dying to be fulfilled. the itch needs a scratch!

Lookin' good! I was so busy last weekend that I didn't check the construction update. I have just now remembered it. I've now looked at last week's update just in time to see this week's update tomorrow.