How Lifetime movies can save your life

In July 2008, hotel owner and developer Doug Manchester donated $125,000 to help gather signatures for a proposition (Prop 8) that would ban same-sex marriage in CA. He told The New York Times that he made the donation because of his “Catholic faith and longtime affiliation with the Catholic Church,” which desires that marriage remain between a man and a woman.

Three months later in Oct. 2008, Manchester ended his 43 year marriage to Elizabeth Manchester by moving out of their La Jolla home.

Isn't it ironic how someone so concerned with marriage due to his "Catholic faith and longtime affiliation with the Catholic Church” in July can suddenly walk out on his wife and seek divorce in Oct?

The couple spent the next several months trying to reach a quiet settlement on how best to distribute millions of dollars in cash and other assets. Those talks eventually broke down, and Doug started playing financial hardball with Elizabeth, allegedly draining the couple’s shared accounts.

Now, isn't that a fine example of Christianity? Is that really the way someone with a "longtime affiliation with the Catholic Church” behaves? When you have the upper hand but can't get everything you want, you put a financial stranglehold on your wife of 43 years.

Is that would Jesus would do?

I think not, but I know what Betty Broderick would do, and DID do: she'd shoot and kill the bastard! Recall the true story of Betty Broderick whose husband Dan did a very similar thing to her. It didn't turn out well for him, what with him being dead and all. Betty's still in jail, but has the satisfaction of knowing she did NOT get screwed by her no good ex-husband.
Another haunting similarity between the Broderick and Manchester stories is their location: both couples lived in the same general area of San Diego!
So I strongly suggest Doug Manchester start watching Lifetime movies PRONTO in the hopes of catching a rerun of "A Woman Scorned: The Betty Broderick Story".
It could save his life! 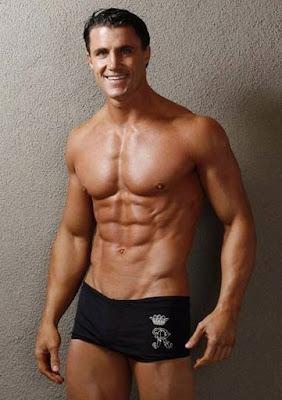 The irony of so many of the people against same sex marriage because it will destroy the "sacntity of marriage", but they don't want to ban divorce!
I tagged you today on my blog.

The Betty Broderick attribution was priceless.

But Manchester is what I see in almost every Catholic I meet. The rules don't apply to them. They're almost as bad as the Muslims.

Oh no dear, it's okay for ME to do it...but it's not okay for YOU to do it....that's the thinking...you've heard and seen it before. It's called hypocrisy.

I like this post. It reminds me - did you ever answer my question about Betty Broderick's diagnosis?