Its been unusually cold again recently. Yesterday morning at 8:15 when I took Jordan for her walk it was only 24 degrees, and the wind chill factor made it feel like 13 degrees. Now, I know that doesn't sound all that cold to some of you, but for this area, that's cold. I really felt badly for the guys doing landscaping work at my neighbors.

Spouse & I watched Obama's speech last night, and I must say that I found it to be inspiring. There's a lot of improvement needed in the US, but I thought Obama did a great job of selecting the most critical items, explain why he selected them, and then pledged to work with Congress to fix the broken processes and make America emerge from this recession. "We will rebuild; we will recover." If you're interested (and you should be) in the most critical areas Obama will concentrate on, check this out. If you want to read a transcript of his speech in its entirety, click here. How refreshing to hear from a President who actually sounds like he knows what he's talking about (rather than just reading a script), and who doesn't smirk and contort his face while delivering a speech!

Spouse & I went to the gym last night. Since most of the machines are different than those I'm used to at the trainer's, I asked the guy behind the desk for a little help. He gave me a 10-minute orientation of how the machines work, how to adjust them, and what order to use them. It was exactly what I wanted. Then I did 12 minutes on the treadmill to warm up, followed by 40 minutes on the machines. Spouse spent the entire time on the stair climber. I don't know how he can do it that long.

Tonight I'm going to an introductory yoga class. I'm kind of excited about it, as I've heard several people talk about how much they enjoy yoga. I think it will be fun. 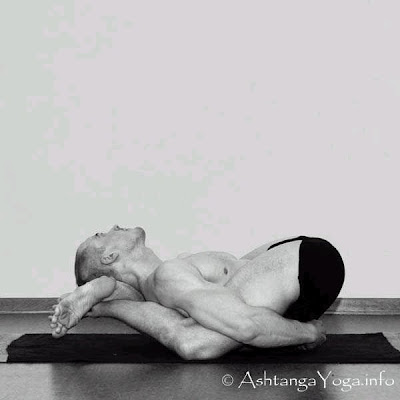 Is it just me, or does this picture give anyone else dirty thoughts?

A few weeks ago I took Big Ella to a place that does vintage car restorations to get an estimate on a paint job. I was floored by what I was told. Keep in mind Big Ella is still wearing most of her original paint from 1959, although there are a few rust spots and other areas where the paint has worn off. The guy at the resto shop said "to do it right" he would remove the bumpers and all the chrome, sand the body down to the bare metal, cut out the rust and replace it with new sheet metal, prime and paint the car, then put the bumpers and all the chrome back on. He thought that would probably run somewhere between $15,000. - $20,000. I tried not to ask as surprised as I was when I said "Wow." I also decided not to tell him that was more than I paid for the car.

After relating this to a friend, he recommended Maaco.

I was skeptical, as I remembered hearing ads for $199. paint jobs. I figured the quality would be crap, but my friend said he had used Maaco to paint a vintage car he once owned, and it turned out very nice. I went online to look for Maaco locations and learn a bit more, and then I called them. Obviously the $199. paint job is a special; not their everyday price, and it does not include any bodywork, which is exactly what I expected. But the more I read and learned, accompanied by my friend's recommendation, the more I am considering doing it. The $15,000. paint job is simply out of the question. But even if I got the top-of-the-line paint job at Maaco, its only about $1,000. plus the body work. So I figure, I may be able to get it all done for $2,000. or so. At that price, even if the paint job only lasted a few years, I could just get it done again (several times) and still not spend as much as the resto guy quoted.

So I'm thinking about it. Have any of you ever used Maaco or know anybody who has? I'd love to hear about the experience. 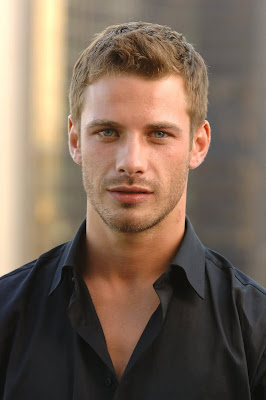 You can do most of the rust repairs yourself. A little sheet metal, some pop rivets and bondo go a long way.

That said the key to getting a good paint job at Maaco is preparation. Sand it all down yourself, let them prime and paint. Make sure you mask off everything you need so that you don't end up with oversprayed windows, chrome, etc.

The restore guy wants $20K because he's basically tear the car down and rebuild it from the chassis. Nice if you have the money but you're right, that is a pretty big ticket.

Be sure to write about the yoga! I'm so excited for you. And, by the way, there's no way you'll be doing what this guy is in the picture tonight....

Sorry no Macco paint job storys-- I only know the commercials...

OMG! Congrats on working out! Enjoy Yoga! I have been meaning to joina class too...Arnie is YOGA man now--You can tell when you meet him....

Yoga is hard. Well, it is now, but when I was a lot younger, I enjoyed it. Now I'm not flexible (which means I need it, I know) and can't do some of it.

I don't know how he spends all that time on the stair machine either. I hate that thing!

What order did he tell you to do the machines? I used to do upper body one day, lower the next, and abs and cardio every day. I'm working back up to that.

Have a good time with the yoga. Oh, that looks quite painful what that guy is doing in the photo. But talk about flexibility!