Last night we attended an Oscar party at our friends Paul & Steve's. There were 12 of us. We had food and drinks, watched parts of Barbara Walters' interviews with Anne Hathaway, Mickey Rourke, and Hugh Jackman, and speculated on who/what will win. We had a great time.

Although 3 1/2 hours long, I thought the Oscar show kept a pretty good pace. The delicious Hugh Jackman had a great energy level that kept the show from feeling heavy. 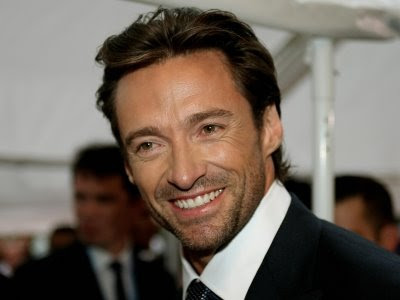 I really liked the way they presented the 'best actor' and 'best actress' awards, having 5 past winners enter the stage simultaneously, then describe and announce the current nominees. It really gave the award presentation some extra impact.
One thing I will never understand is why most winners feel the need to ramble off 20-30 peoples' names they need to thank in their acceptance speech. WE DON'T KNOW THESE PEOPLE, so to us it basically sounds like the teacher from the Peanuts cartoon talking. Blah blah blah blah blah. Why not just offer one big 'thank you' to the academy and to everyone who assisted in the production? This would significantly shorten the program, and leave more time for the more enjoyable parts, like performances of the nominated songs.
But there were 2 acceptance speeches I felt bear repeating.
The 1st was from Dustin Lance Black who won the Oscar for Best Original Screenplay for 'Milk'. His heartfelt and emotional speech was inspiring, not only to me as an out gay man, but undoubtedly to all the young gays and lesbians watching last night, as he assured everyone that equal rights on a Federal level would soon be a reality. Click on his name to watch it.
The 2nd was from Sean Penn who won the Oscar for Best Actor. He took the opportunity to shame those who voted yes on Prop 8, and then stated his belief that all Americans, including GLBT folks, deserve equal rights. Click on his name to watch it.

This was probably the most enjoyable awards show for me in a long time. What did you think? 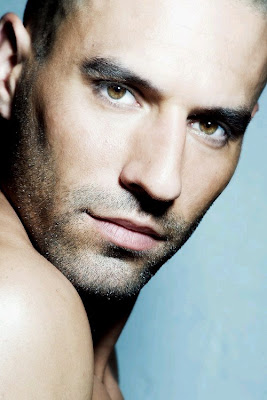 I thought The Oscars were wonderful!! I thought Penn and Black's speeches were very good, emotional and to the point... I cried both times... I did think Black's speech was the best of the night though... Loved the presentation of the acting awards! Almost as emotional as the acceptance speeches... Kudo the Jackman for a great and very talented performance...

I am one of those rare Queens who doesn't normally watch awards shows. But I watched a lot of last night's Oscars, and I have to agree - they were very good.

Loved the band on stage. Loved the swarovski crystal curtains. But damn they needed to edit content and cut it to 3 hours.

I thought it was the best Oscar show I've seen in a really long time. Hugh Jackman was great! I also cried during those speeches you linked and when Heath Ledger's sister said they were accepting the award for his beautiful daughter Matilda. Tina Fey and Steve Martin were hilarious, especially the invented religion part! I liked having five former winners introducing the nominees, too.

I am an Oscar Queen from waaaaaaay back.
Don't miss it. Ever.
And I loved the show.
Loved Huge Ackman.
Loved it.

I caught the end of the show starting with the best supporting actor/actress the best actor bit and I was too psyched when Sean said what he said. I didn't understand the "brother" comment he made with Mickey, though.

It surprises me that you are the only blogger I know who has made reference to this speech so far.