We love our house. The floor plan makes sense, there's room for our frequent weekend guests, and we love our house's location. One of the few things we didn't like about our house when we were house hunting was that it didn't have a garage.

Almost immediately after moving in we began checking into the possibility of adding a garage. But we live in a historic 'downtown' area where the lots are small, so it appeared we could not add a garage without getting a variance from the City. We found we could build an open structure/carport over our existing driveway, but after much discussion decided we didn't want to do that because we feared it would detract from the home's appearance. Having no immediate need for the garage, the topic of the garage regularly slipped in and out of our conversations as a couple.

In a casual conversation with our neighbor Brenda, who is an architect, about our dilemma she suggested I give her a copy of my survey (drawing of the lot and house) so she could check into it for us. She confirmed we could not build a garage over our existing driveway because it would encroach into the setback. But to our surprise she informed us we could build a garage if we were willing to lose one side of our wrap around porch. She drew it on the survey for us, and we talked and talked and talked about it at length. We decided we would relocate the wrap around porch so it wrapped around the new garage.

Then in Nov I called 5 different builders and asked them to come out and look at our house and the proposed garage with wrap around porch drawn on the survey so we could get a general idea of the cost of the project. The guestimates ranged widely, but it was good to meet the builders and get a feel for who might be easier to work with.

Then I bought Big Ella, and the garage project took on a prominent place in our conversations.

So we talked with Brenda again about how the garage would be integrated into the house. Our original thought was that the garage would have a 'shed' roof that sloped down from the side of the house over the garage. But after discussing this in more detail with Brenda, we determined the width of the garage would create a very long 'ski slope' roof that would not be attractive, and would be a dead give away that the garage was added on. So instead, Brenda recommended a gable style roof along with removing the wrap around porch. She suggested that the cost of the porch, which was nearly 25% of the cost of the project and which we'd only use maybe 1/2 the year, could be spent in the usable space above the garage that was created by the gable roof.

Then we discussed what we would do with the new space above the garage. We didn't need another bedroom, office, or TV room. The one thing about our house's interior we would like to change is to make the master bathroom larger and give it a 'wow' factor. Our current master bath is kind of small when compared to the overall feel of the house, and is kind of plain. Fortunately, the location of the new space above the garage was directly next to our existing bathroom, so we told Brenda what we wanted: expand our master bathroom to include a heated, jetted bathtub for two, a tiled shower room for two, and add a walk-in closet. We formally engaged her to draw up the plans.

This passed Fri Brenda delivered the plans for our garage/bathroom/closet addition! We love it, and feel like this project will fix the 2 things about our house that have kept it from being perfect for us. But of course, nothing ever goes that smoothly.

Since we started this process the sub-prime mortgage bubble burst, the banking industry nearly imploded, the American auto manufacturers are bankrupt, and virtually every state government has requested financial assistance from the government to avoid having to layoff state employees. The unemployment rate is rising every month with record numbers of jobs disappearing. My company had a force reduction in Nov but promised that would be the only one. Afterward I received a promotion (go figure), so I feel rather confident in my ongoing employment. Spouse, on the other hand, is fearful that he might be laid off if Obama's economic recovery plan doesn't provide the states with the needed financial assistance.

Thanks to the sale of our former house in VA last Sept we do not need a loan to complete this project. But we are feeling a bit skiddish about moving forward with this project in such uncertain times. The money spent on the project could be very useful if Spouse got laid off.

So after much discussion, it appears we will take our time moving forward with this project as we wait for news about the economy. Now that we have the plans, we can go ahead and start the contractor bidding process. That won't require us to spend any money, but will help us be prepared for when we are comfortable to start the project. The contractors won't have to rush to provide us with bids, and we can take our time comparing the bids and selecting our builder. Hopefully by the time that is completed we'll know more about Obama's potential aid to the states and Spouse will feel confident that we won't lose his job.

I hadn't written about this before now mostly because I knew there were people out there losing their jobs and homes. I didn't want to sound insensitive to that by talking about our dilemma whether or not to move forward with an addition to our house. But I've decided to share this anyway because this is the reality of my life and that's what I write about here. I hope everyone understands. 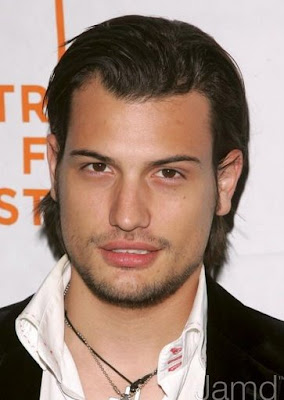 That sounds like a great solution! That's considerate of you to be concerned about how this sounds, but I'm glad you wrote about it. It sounds as if the plans are great and that you can take your time. It will fall into place and be wonderful, I'm sure. Include photos?

Mark,
Can you get a custom car cover for a few hundred dollars and cover Big Ella? Maybe that is a cheap solution in the interim. I am sure you probably thought of that but just thought I would throw it out there.

Having gone through many renovation projects I can tell you that anything dealing with water [kitchen bath pool] will be much more expensive than a garage. So build your garage, make preparations to expand the bath into the top of the garage [insulate, wire, windows, plumb] but wait till later to do the floors, walls and fixtures.