I am feeling conflicted today about 2 things.

The 1st is this story about a teenager in Germany who just underwent gender reassignment surgery. Tim took hormones from the age of 12, in anticipation of his 16th birthday when it would be legal for Tim to become Kim. I don't believe any of us can fathom what it must be like to go through life feeling like you are in the wrong body. Seriously, I have deep compassion for those with this affliction. But the other side of me wonders if a 16-year old is actually mature and responsible enough to make such an important decision that will change the rest of his/her life. Kids think, do, and say lots of crazy stuff when they're kids. I wonder if the legal age limit for this procedure should be moved up to 18. This might be enough time to make sure some kids don't make a mistake. But for Kim, that would mean 2 additional years of torment.

Maybe you see why I feel conflicted. What do YOU think?

The 2nd reason is the pending economic stimulus act. You may recall that former president Bush signed the economic stimulus act of 2008 which put a $600. check into the hands of most Americans. The concept was that Americans would spend these checks and therefore stimulate the economy. Spouse & I both received checks, and promptly deposited them into our savings account. We did not spend them, so we did not contribute to the stimulation of the economy.

President Obama may sign another stimulus act that will give us checks again, with the idea that we will stimulate the economy by spending the money. Part of me sees the advantage of this, and feels we should do our part to put this 'goverment gift' back into the economy. This same part of me says we should move forward with our garage/bathroom/closet project, as this may keep a contractor and several subcontractors employed. Or, that we should take a vacation where we'd be putting money into the travel and tourism industries in the US. But the other side of me knows that these are uncertain times. Either of us could lose our job, so we should save our money in the event of that unfortunate potential. But by acting wisely and saving our money, we are not helping to stimulate the economy, which is the purpose of the goverment checks.

Maybe you see why I feel conflicted. What do YOU think? 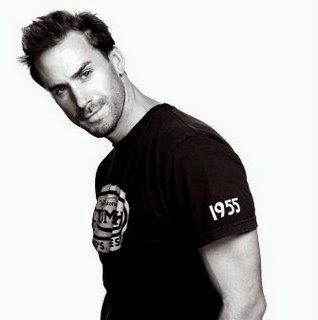 If you haven't already read it, I highly recommend David Ebershoff's incredible debut novel, "The Danish Girl," which is based on the very first person to undergo gender reassignment surgery.

Like you, I cannot imagine the torment of living one's life in the wrong body. I think 16 is old enough to know.

And if you do end up getting another cheque from the government, spend 'er! Dum vivimus vivamus! [While we live, let us live!]
What's funny about the first round of cheques is that they were also sent to ex-pat Americans. Our next-door neighbour has been living in Canada for many many years, but retains his American citizenship. He promptly stimulated our economy with his cheque! :)

Mark,
I think you should plan a trip to Portland and stimulate the NW economy while visiting Jamie and I.

You make a good point about the garage, but if I were you I would hold off a bit. As long as Big Ella is protected with a cover. I mean I assume you are talking a pretty big chunk for the garage add on. But on the other hand, you can't let the stresses of the economy rule your life. I guess I too am conflicted on this one!

Mark, in regards to the first conflict. It is a little confusing and I didn't understand it either. And if they are mature enough to make a big choice like this. But years ago I befriended a girl friend of mine I thought was a girl. Turns out she was a boy and hadn't had the change yet.She looked like a girl and you couldn't tell she was still a boy. Over time she told me she was a boy and told me of r story. The longer I got to know her it all made sense. When she showed me pictures of her at a young age, you still couldn't tell if she was a boy or girl. And she too felt like a girl and still did. So she finally had the chop chop and was completly relieived. Since then she has gotten more beautiful and is mentally at peace now and married to a wonderful guy. And another friend also has the same story who works at a lounge hee in Philly. She too said you have to make the choice because your family won't. The families for the most part won't accept this and are sadly disowned.Both of them also said the staticisshow not many ever have a reverse procedure.

PS You have also been on a roll with the hottie of late. I love me a little Mr. Fiennes

Mark,
I think I'm with you on Topic 1.
To live your life feeling you are not who you should be, that you were born the wrong sex, must be devastating. And while I think 16 might be too young, I haven't walked in Tim's sjoes for twelve long years.
I only wish her happiness now as Kim. I can imagine the sense of peace she must feel now, knowing she is her true self.

As for the stimulus checks. Carlos and I banked ours, too. And will probably bank these next ones, saving up for having the house painted. That would put several people and businesses to work. But it's tough in this economy to feel right about spending.

Now, for the hottie.
James is cute. But Ralph Fienes is gawgeous.

Since transgendered people usually get lumped in with us gays (they're the "T" in GLBT), I have made an effort to learn more about their plight. And I think that by 16, they certainly know what gender they are. After all, I knew I liked boys in a very different way when I was 3.

Do you have any debt? You could pay it down with the stimulus. That way, you are spending it AND helping yourself financially. But if you're debt-free (and congrats if you are), then I say save it. Something tells me that the coming days are only going to get rainier.

I agree with your concerns in topic 1. It should be thought through. My assumption is that part of the process is for the person to work through these issues.

Like others that have posted, I think that by 16 kids know what 'gender' they are. I knew I liked boys by age 9, but didn't know what to call it; and it certainly wasn't a thing that was discussed or encouraged.

In short, I think its a case by case basis. Legislation of this would be a bad thing, unless some sort of widespread abuse.

As for the second issue, that's the reason for not giving a tax refund to people. They didn't spend it, except for those around the poverty level who did spend it.

Tax cuts/rebates won't solve this issue and its there to garner Republican support. We know how that turned out.

But we also cant keep spending our way out of this. We need to be producing something to sell.

I have no interest in gender reassignment and LOVE my boy self, but I have many friends who have been reassigned. My understanding is that it can be something that you know from a very early age, kind of like being gay. Not everyone realizes it at an early age, but those who do don't outgrow it. I don't know anyone who has ever said "I knew from an early age that I was gay, but I realized in high school I was wrong!"

I somewhat agree with you on #1. How many of us were told the same thing when we came out of the closet at a young age? :-)

save your money and about the transgendered girl, I believe 18 should be the age limit.

nice blog by the way heh