Sat morning I went to real estate school. Our instructor let us out early which was nice. That night Spouse & I had dinner at Jason & Kevin's. They said they were making teriyaki stir-fry and asked us to bring an Asian appetizer. We brought Spouse's Thai chicken lettuce wraps. They're really delicious and can be an appetizer or a main course. Jason & Kevin loved them. It was really nice to have dinner and hang out with our buddies. 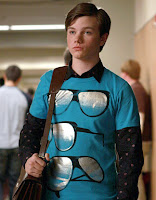 Sun morning I went back to real estate school, and again our instructor let us out early. Spouse & I were invited to dinner at Steven & Thad's and were asked to bring a salad. Fortunately Spouse got the salad stuff and made the salad while I was at school. Joe P and one of The Bobs were also there, and the 6 of us had a delicious dinner of roasted pork, baked apples, butternut squash, corn, salad, and brussel sprouts. Then we watched the red carpet

show leading up to the Golden Globe awards, which I think of as the fake Oscars. The Golden Globes are voted on by the Hollywood Foreign Press Association, as if we know what that means. But for us its just an excuse to get together for a meal and talk about what the celebrities are wearing. It was nice that "Glee" won Best TV Series/Comedy or Musical, Jane Lynch won Best Supporting Actress and Chris Colfer won Best Supporting Actor, both from "Glee". We had a fun time!

Then this morning we met up with our friends Mike & Clark and Maurice & David who were in town for the long weekend. We had a nice breakfast and caught up with the goings on in their lives. Then we picked up our friend Thatcher from the eye doctor. Since his pupils had been dilated he was advised not to drive. He agreed to join us for lunch and we met up with Steven & Thad and Joe P. After lunch we went to the theatre to see "The King's Speech", which everyone liked. Colin Firth did a great job for which he rightfully won the Golden Globe for Best Actor in a Drama. The rest of the afternoon/evening were rather uneventful. Spouse took a nap, we had dinner and watched TV.

spouse and I saw "the king's speech" sunday morning. EXCELLENT!