6 Ways to Eat Healthy for Cheap 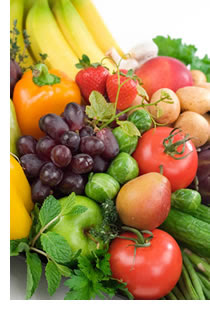 For most people to achieve and maintain healthy weight loss, they must combine exercise with a good diet. I don't mean 'going on a diet', which usually consists of a temporary moratorium on sweets. I mean a healthy diet of healthy foods. Lord knows I've certainly found this to be true. Exercise alone and good diet alone isn't enough for me. I need them both.

Spouse & I have lamented that good, healthy food is usually a lot more expensive than unhealthy food. Perhaps this is why poor people are more at risk for malnutrition; not because they don't have enough to eat, but because the food they eat is junky and lacking in nutritional value.
We have tried to reduce our consumption of 'convenience foods'. Although nice time-savers, 'convenience foods' (boxed rice and potato side dishes, boxed mac'n cheese, etc.) usually contain a lot of salt, sodium, and chemicals, AND are not as nutritious as whole foods. So while you may be saving time when preparing this kind of food, its kind of like eating 'empty calories'. You get the calories without the nutrition.
So while we still have some 'convenience foods' in our cupboards, we try to save them for days when we have limited time to cook dinner and really need the time savings.
A friend sent me this, which caught my eye: 6 Ways to Eat Healthy for Cheap.
1. Plan Meals Ahead
Our grandmothers strategized for the week with a detailed shopping list, says Faye Griffiths-Smith, a family economist with the University of Connecticut Cooperative Extension. Try it, and you’ll see why: Not only can you save money, but you can avoid high-calorie impulse buys, too. One idea: Roast a lower-cost whole chicken; use leftovers in sandwiches.
2. Use Meat as a Seasoning
“We eat too much meat,” says Lisa Sasson, a professor of nutrition and food studies at New York University, noting that meat can be more expensive per ounce and higher in calories than vegetable proteins. Instead of making meat the focal point of a dish, “use it more as a condiment,” she says.
3. Bring on the Beans
Beans and whole grains like barley “are super-duper healthy and very cheap,” Sasson says. She adds these protein-packed extras to her salads, soups, and pasta to make them more filling.
4. Be Your Own Sous Chef
Many people buy precut and preseasoned side dishes to save time, says Dawn Jackson Blatner, a registered dietitian and author of The Flexitarian Diet. But portioning and flavoring food yourself instead of buying premade mixes is cheaper. Not only that, the homemade version will have fewer calories, less salt and fat, and no additives.
5. Buy Seasonally and Locally
What’s in season and grown closer to home is fresher and healthier, says Jackson Blatner—but that doesn’t mean you need a farmer’s market. Even grocery chains and superstores get deals on the fruits and vegetables in their area, and they pass on the savings in the produce aisles. Ask your produce manager for tips.
6. Rethink the Drinks
What’s the easiest way to cut calories and costs? Don’t buy beverages, Sasson says. Make your own iced tea at home, or drink water, adding a wedge of fruit.
I think these tips are great and I plan on using them. Do you have any tips for eating healthy for cheap? I have one to add:
Bonus Tip: Don't overcook vegetable
Steaming is great, but be careful if you boil them. Overcooking vegetables causes them to lose nutritional value. Cook them enough to make them slightly tender and allow them to retain most of their color and texture.
Crush du Jour: Callard Harris 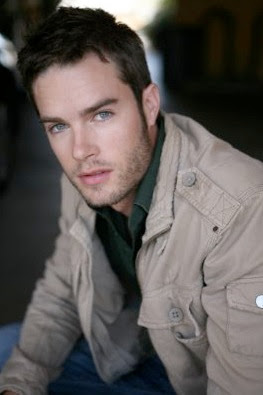 Excellent ideas! So, the three brownies plus chocolate cake plus gourmet cupcake I ate last night won't be found on this list? A very bad boy, I've been.

Lucky for me, I was raised by a mother who didn't use 'boxed' or 'canned' foods, but used fresh ingredients, in season. That's how I cook for Carlos and me. It really is a much easier way of living, and can be done cheaply, too. We buy a great deal of produce from our local farmer's market, and then buy what's in season elsewhere.

As a sidenote: once, as a young boy, I was spending the night at my best friend's house. His mother said she was making spaghetti. I could not wait to get home and tell my mom that you could get spaghetti in a can!

I couldn't agree more about #6. I remember buying a 12-pack of Diet Coke after feeling "carbonation-less" with all the iced tea I drank and the weight gain was almost immediate. The overcooking of veggies is also a lost cause.

That part about the chicken. Put it this way, I bought a 7lb chicken last Friday.

Took the remaining chicken and made a nice chicken soup, boiled the carcass, stripped off every bit of meat!

And as for veggies, yeah just until they soften a bit. One of my favorite dishes to make is Beef and Broccoli. The broccoli is sauteed in peanut oil for about a minute, then a cup of water is added to the pan and you cover and let steam for 3 minutes.

Comes out perfectly crunchy. Love it!

I look forward to a time when I have my own place with AlternaChef where I can take this advice to heart.

good points...I need to get rid of the brevs...Damm that coke!! I love it so... I had a cupcake last night and felt guilty on every bite....Ok...I have to run now and check my veggies--dont want to overcook them :-)

I'm addicted to Diet Coke and have to get off of it. I miss the fizz - the brown battery acid fizz with aspertame. All bad!

Good post! I agree about planning and buying locally. Now I need to go make a list!