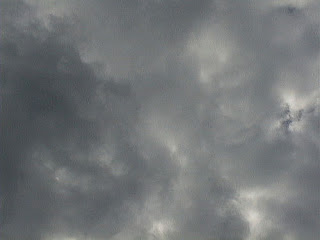 The sky is very grey and overcast this morning, and I feel just like it. Grey: the opposite of vibrant and exciting.

I'm not depressed or upset or anything like that. I just woke up this morning feeling exactly like the sky. Grey.

A few minutes ago I heard the low, ominous rumblings of thunder. Now its raining. I guess a different weather front is moving in. I wish it would bring sunshine to the sky and to my mood. But the forecast for this entire week does not look promising.

Sometimes I worry that one day I will wake up and look at my life and feel regrets.

Did you ever see that film "Living Out Loud"? I loved that film. Although she thinks her divorce is devastating, it actually winds up being the thing that forces her to stop existing and begin living. Out loud. Sometimes I wonder if I'm waiting for some 'big thing' to be the catalyst for me to start living out loud.

'Why wait for a catalyst', you may ask. 'Why not just start doing the things you want to do, and living the life you want to live?'

If only it were that easy. There are plenty of challenges and obstacles: money, time, confidence, talent, fear, work, responsibilities, expectations.

I'm not saying all or any of these are insurmountable, but they do require a significant amount of energy and courage.

Think about the affect of deciding to finally write that novel. Outlining the plot, developing the characters, deciding on a writing style, and lots and lots of editing all take hundreds if not thousands of hours. Since I must work full time, my writing would have to take place in the evenings and on weekends, when I'm normally working out at the gym, doing housework, doing laundry, keeping in touch with friends/family, socializing, and spending time with Spouse. So I'd have to replace many of these activities with writing, which would leave the activities to Spouse to handle, which could cause friction and/or resentment, or we'd have to discontinue doing some of them altogether.

So, maybe its not really about worrying that one day I will wake up and regret never having written that novel. Maybe its really about accepting the choices we all make.

I could choose to quit my job in order to write, but that would mean drastically changing our lifestyle. We'd have to move to a smaller, less-expensive house in a less-desirable area in order to live on only Spouse's salary. We'd likely have to give up many non-essential expenses like our gym membership, eating out, and perhaps even Big Ella.

I guess I have chosen not to do that, at least so far. Whether intentionally or unintentionally, I have chosen this life in this house in this neighborhood over writing my novel. In order not to regret it, I need to either accept this choice or choose differently.

And don't think you can be Scarlett O'Hara and decide not to think about it. Deciding not to choose is a choice.

Other choices I've made do not involve money or lots of time, but they are no less difficult to accept or change. Take, for instance, mending broken friendships.

My high school friend Patrick was instrumental in my coming out, and for years we stayed in touch even after he moved to FL. Patrick developed pretty severe bipolar disorder and I tried to remain as supportive and helpful as I could from VA. But things got bad for him, and the day before he attempted suicide he shipped me a box with photos and personal items, along with a letter than began "By the time this arrives I will be gone..." Unfortunately for me, the box and letter arrived the day of Spouse's father's funeral.

When I read the letter I completely fell apart. After Spouse's father's funeral that morning, the gravity of the letter and box was just too much, and reduced me to a sobbing heap on the floor.

Later on I pulled myself together enough to make a few phone calls to the county police where Patrick lived. Fortunately for him, I learned that Patrick's suicide attempt had been thwarted. He was alive and recuperating in the hospital.

That was 10 years and 2 months ago. I guess I was mad at him for attempting suicide, even though I completely understood it. Perhaps I was also mad that it occurred when I was already emotionally spent. When he got out of the hospital he called and left a message on our answering machine, but I never called him back. I still have the box of photos, personal items, and the letter, but have never opened them again.

Thanks to the internet it is quite possible I might be able to locate him. I could apologize for not calling, and explain the circumstances. Whether or not he forgave me for ending the friendship would be in his court, and I would accept his decision either way. At least I would have tried.

But in all honesty, I'm afraid. I'm afraid that my search for him may eventually reveal another suicide attempt, this one successful. I'm afraid if I do find him alive, his condition will be even worse than before, and that I will be emotionally sucked dry by my involvement. I'm afraid I will once again be connected to something that has the ability to devastate me, again. I'm afraid of the unknown, yet somehow prefer it over knowing.

So again, it appears I have made a choice. I have chosen my calm, safe life over the potential of mending a broken friendship. In order not to regret it, I need to either accept this choice or choose differently.

Existing vs. living. Regrets, choices, acceptance. Kinda heavy for a Monday, but worthy topics for thought. 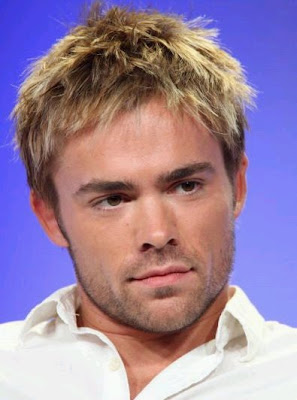 Those are some grey thoughts you've got going on today, and i know whereof you speak. I try to tell myself that I have no regrets, but I do...you listed many on your blog. Then i wonder if, had I done those things, would I be who I am and where I am today, because I don't think I'd change today for a day that might have been.

About the writing, for instance. Why not just spend maybe thirty minutes a day, jotting down story ideas and such. I carry a little journal with me and jot down thoguhts as they come, and then, when I have time, look into extrapolating the thought.
You don't have to make writing a full-time profession right now; do that when you're successful!
Just maybe take a few minutes a day, an hour or so on a weekend.

What you write on your blog is evidence of the fact that you have a voice, and one that is familiar to many people, so why not take a couple of minutes a day, or a week, give it a shot and see what happens?

I'd read what you wrote.

As you already know, a life lived in fear is a life half-lived.

Look up the guy. Anti depressants may be keeping him even keel now.

And I think you should make a deal with spouse that you will write one page of your book every night. In a year you'd have a 365 page novel!!

I can't really say it better than the comments these other guys have posted.

Perhaps a little reflection on the grey day will point a way to do some of these other things?

I know exactly how you feel and have these same concerns. Now I think it's too late but then remember Frank McCourt.

Yes, just give yourself a certain amount of time a day to write. Bob and cb expressed it so well!

I agree. Start by writing for a short period of time each day and see where it leads.

The situation with your friend is a tough call. Do what your heart tells you.

Regarding your novel, I was going to suggest something similar to what Bob suggested above. Or make Monday the day for novel writing and no blogging?

My grey thought was 22 years and 2 months ago. I unexpectedly woke up the following morning and quickly put the letter away before my college roommate saw it.

Little did I know that it would be an unexpected "death bed" (mis)diagnosis by the university neurologist that would make me see life's value.