I had to turn on the word verification on comments, thanks to a repeated spammer. Hopefully this will be temporary, and a week of word verification will be enough to get my blog removed from their spam list. Then I'll turn it off again. Please bear with me on this.

Its official: "Project Runway" is finally coming back. Look for season 6 to start in June on Lifetime, the network for women and gay men. The legal feud is over and Lifetime won. More details can be found at David Dust, whose top-notch "Project Runway" recaps are sometimes better than the show itself! Despite the channel change I'm confident they'll 'make it work'. 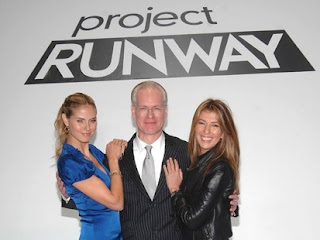 But not to be left without a fashion-based reality show, Bravo will be replacing "Project Runway" with "The Fashion Show". They've already started running commercials for it, and the cast has already been chosen. They've probably already taped many of the episodes too, knowing the potential of losing PR.

Tim Gunn's role will be played by the far less elegant and often insane Isaac Mizrahi. Now, I like Ike, but if you think I'm being mean by calling him insane, just watch this video on "The Fashion Show" website. He says "...in my regular life I prefer to wear almost nothing, because I like to focus on what other people are wearing, you know? That's my job... my job." WTF??? I wonder what Ike's catchphrase is going to be. Maybe "I'd wear that." Picture it: Ike is milling around the workroom "mentoring" the designtestants. He looks at a mannequin dawned in a haute couture evening gown and exclaims "I'd wear that." Meanwhile, Heidi Klum's role will be played by Kelly Rowland. Record scratch. Huh? Isn't she the Destiny's Child whose mother is NOT a fashion designer? Obviously Kelly won't be able to say Heidi's famous "As you know in fashion, one day you're in, and the next day you're out" because its surely copywrited. So instead, maybe she'll say something like "As you know in fashion, one day you're a 'Survivor', and the next day its 'Game Over'. So 'Say My Name', bitches." Probably not.
And speaking of reality shows, did you notice that "Make Me a Supermodel" changed its formula this season? 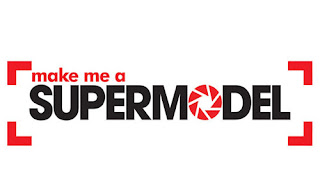 In Season 1 the viewers' online and text votes determined who went home. In this season, the judges decide who goes home. Interesting... Also, last season each week's episode was taped within a few days of its airing because they didn't know who would be sent home. This year it is all taped in advance, like "Project Runway", "Survivor", etc.
But enough about TV. I do have a life, afterall.
Many bloggers I read have posted photos of their furry, 4-legged family members, which I always love to see. It occurred to me yesterday that I have never posted any photos of ours. Although I've written about ours, I've never posted any photos of them. I'm not one for taking lots of pictures, mostly because it seems I'm always having camera issues. So here you are: 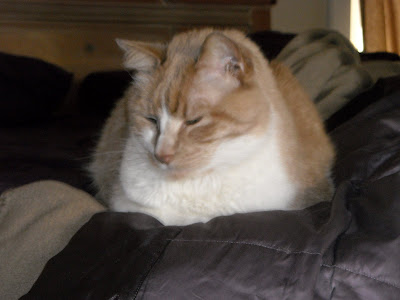 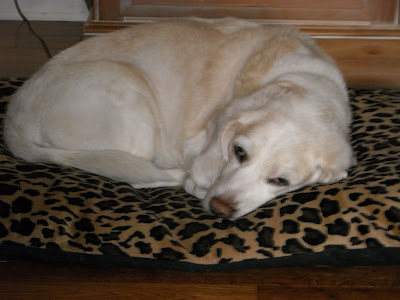 Here is Jordan the dog, doing what she does best: relax and sleep. Jordan is a female lemon beagle, approximately 15 years old. We adopted her from a rescue league so we're not sure of her age. 12 years ago the rescue league folks said she was about 2, but the vet we took her to for an exam said she was older than 2. She prefers Spouse over me, despite the fact that I am the one who feeds and walks her most often. Bitch!
A reader called to my attention the comical timing of my Earth Hour post followed immediately by photos of Big Ella, my gas-guzzling, polluting, but absolutely gorgeous piece of drivable art. Honestly, it hadn't even dawned on me that these back-to-back posts might make me appear to be talking out of both sides of my mouth. But in my defense, I just want to say that Big Ella is not a daily driver. I do not drive her to work every day, so she is not guzzling gasoline or polluting the air on a consistent basis. She gets driven once a week, for about 10 miles. So I can still be an advocate for energy conservation, reduced need for fossil fuels, recycling, and increased availability of alternative fuels without being a hypocrite.
How many people have you heard lament over their ability to lose weight and inches, but not be able to get rid of excess tummy fat? Let's just say it has been heard around our house before. So this article caught my eye. It sounds like you can make your exercise more effective and drink your way to a slimmer stomach! Green tea, the magic elixir! You know I'm gonna try it.
Have a fabulous weekend, everyone.
Crush du Jour: Flavio Mendonca 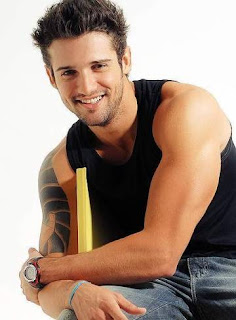 Your animals are adorable!
And I think I may co-opt your Kelly Rowlamd phrase to use in my daily life!
And, although i am a Project Runway snob, and would be loathe to view a knock-off, I believe I will tune into The Fashion Show because, like you, I like Ike!

I'm pissed lifetime has ruined the Runway, and that bravos next version will suck ass.

Love the name Flavio. An Italian from a sister company where I used to work was named Flavio. The girls at work would kid that he was always flirting with me.

My first cat was Randy, short for Random Numbers. It was posited in Robert Heinleins "To Sail Beyond the Sunset" that the actions of cats were controlled by random numbers.

Emily got named by Keyron, and Cosimo, just because he was a clown.

Thanks for the shoutout. Have a wonderful weekend.

OK, I'm in there with you on the green tea. I have some and will start on this tomorrow and will go to the gym.

I'm giving the new show a chance because I like Bravo and will also watch PR on Lifetime. (sigh)

Jordan reminds me of Sara, sniff.

I meant to tell you what adorable furkids you have! They look loved and cared for and comfortable!

Great shots of Pouncer and Jordan :) I know our lives would not be the same at all without our four-legged critters, though I could have bopped Kaiser this morning as he just about bit the head off a waggity Golden Retriever. Hope you and Joe are enjoying your weekend!

Too precious. How could you have kept them from us? Oh and Mendonca isn't bad either.

You burst my bubble by what you lamented at the end of your post.

I was going to say that Pouncer probably doesn't like sitting on your stomach anymore since it's flattening out and no longer has that "bulge" that served as a nice ledge for him. :-)