Gay “conversion” scientists made it up??

The New York Times’ John Tierney reports on his blog today that a new book questions whether Masters & Johnson faked the conversion of gays and lesbians into happy heterosexuals. Ex-gay groups, like Exodous International, often use the Masters & Johnson study to say that the ability to turn gays into ex-gays has a scientific basis.

Book author Thomas Maier reports his findings in Scientific American:
“When the clinic’s top associate, Robert Kolodny, asked to see the files and to hear the tape-recordings of these “storybook” cases, Masters refused to show them to him. Kolodny—who had never seen any conversion cases himself—began to suspect some, if not all, of the conversion cases were not entirely true. When he pressed Masters, it became ever clearer to him that these were at best composite case studies made into single ideal narratives, and at worst they were fabricated.”

Does anyone really believe those homo-to-hetero conversion claims? The 'spokesmen' used in their media ads seem just as gay, if not gayer, than most of my friends! The more honest of the 'success stories' have admitted when pressed that their conversion is more about successfully suppressing their homo feelings, rather than converting them into hetero feelings. Do regular old straight people actually believe conversion is possible, or is it 'wishful thinking' on their part? 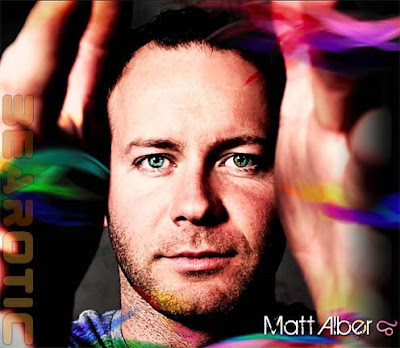 Hmm...apparently Blogger did something that breaks Firefox 3.0.9. The text on the comment boxes is tiny tiny. I'm doing this via Google's Chrome right now.

Ok, now that I've had that rant. I don't think you can psychologically convert someone from being gay to straight. I've seen far too many people come out of the process more psychologically damaged than when they went into the programs.

A psychologist friend of mine doesn't think it is possible either.

I think it's a bunch of bull. Your gay or not gay. I do have two freinds who are bi, but they will tell you they prefer one or the other first even though they sleep with both.

Unfortunately, I DO think that many heterosexual people believe that being gay is a choice; thus, gay's can "choose" to be NOT gay. Religion plays a HUGE part in this false belief, in my opinion. Just like "choosing" to be addicted to something (drugs, alcohol, gambling, etc.) is considered a sin, so is "choosing" to be anything other than hetero. WRONG! If it were truly a choice, why would anyone choose to be so oppressed or burdened? Homosexuality is punishable by DEATH in several countries, and prison in many others, yet there are gay people in those countries. Of course, the conservatives argue this is proof of mental illness. I think it is proof of a biological basis/drive. Hopefully, one day in the near future, this sort of debate will be moot.

This should get wider play in the media. Have not heard a peep from them.