Little things that don't deserve their very own post, II

It started snowing this morning at around 10am. Nothing like what you guys up north have gotten! This is a slow, light snowfall that is only expected to 'dust' the streets and grass. The streets are simply wet, but the grass, cars, houses, and trees have a beautiful white cloak that just makes you want to curl up under a blanket. What is it about a snowfall that makes one feel so 'cozy'?

Work out update: week 13
I had a really good work out with Rick on Mon evening. He upped the weights on me a bit which really made me struggle a few times. I'm feeling the after-effects still. But it felt good to work my chest, arms, and back along with a little legwork and floor exercises. No work out would be complete with 'elbows and knees'!

A cyber friend sent me this funny photo and I just HAD to share it. Enjoy! 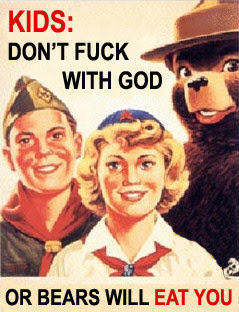 Here's another 'pet peeve' of mine: people who live with you who will make the effort to bring their dishes from the kitchen table to the sink, but who leave them in sink. First off, leaving dishes in the sink is dumb because then the sink is full so when you need to rinse your hands or get some water, the dishes are in your way. And hello! The dishwasher has not been moved to a new and undisclosed location in the house. It is still under the counter, right next to the damn sink, for your convenience.

Spouse still has laryngitis and some occasional 'cold' symptoms. One more day and it will be 4 weeks. I asked him today if he was going to finally go to the doctor and he said no. He likes to attribute most everything to "allergies", even though he's never been diagnosed with any, and figures he'll get over it when the offending allergen goes away. Whatever.

Jordan is still having "allergies" too. We're keeping her doped up on Benadryl to help with the itching, but I don't think it is doing anything for what's causing the itching. She has another hot spot, this time on her tale. We tried wrapping it in gauze, then in an ace bandage in an attempt to keep her from biting/licking it but she just kept pulling the protectors off. Spouse is reluctant to take her to the vet again because the last time it cost $250. and the medicine gave Jordan diarrhea and made her thirsty all the time, resulting in middle-of-the-night trips outside to pee. Seems like if its not one thing, its another.

Last night I highlighted my hair. Instead of buying a highlighting kit, I bought regular hair color because it was on sale, figuring it will do the same thing as long as I just 'paint' it on where I want it. It came out okay, but I was a little disappointed that its more gold, with a slight red hue, than yellow blond - even though it was the lightest blond Garnier makes, and I left it on longer than they recommended. It'll be fine. In months I will have had 2 haircuts and it will all be gone. Next time I'll just pay full price for the highlighting kit I know works the way I want it to.

I am so with you on the dishes thing! Not to mention the fact that if the sink is full of dishes, how the h*ll are you supposed to wash them? ;-)