When I got home from work yesterday I was greeted by Marvin Parker! 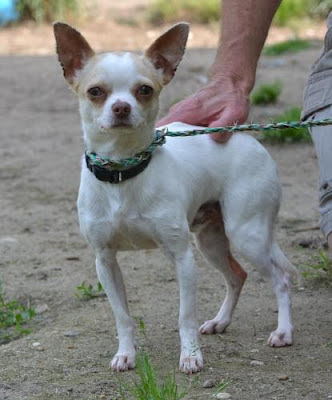 Spouse texted me earlier in the day "Shelter says we can have Marvin.  What do u think?" to which I responded "Its up to u dear :-)".  I didn't hear back from him so I assumed he was still thinking about it.

Marvin was brought into the shelter as a stray so they didn't know his name and named him Marvin.  We thought it suited him so we didn't want to change it.  Plus, my grandfather's name was Marvin Parker so we added Parker as his middle name.  We just call him Marvin, or Marvin Gaye, or Marvin Hamlisch, or Marvin's Gardens, or Marvelous Marvin.

Spouse picked up a new bed, some toys, and a crate for Marvin this afternoon.  We are crate training him just as we did with Jordan because it really helps house-train dogs.  However, I suspect that Marvin is already house broken because he goes to the bathroom each time we take him outside and he hasn't had any accidents in the house yet.

We added a new member to our family, and I'm surprised at how pleased I am with this.
Posted by Mark in DE at Tuesday, May 22, 2012

Email ThisBlogThis!Share to TwitterShare to FacebookShare to Pinterest
Labels: Marvin

Congrats on adopting Marvin Parker. He looks like a handsome dog and I'm sure he doesn't fit the normal Chihuahua profile you've read about.

And what is up with the new capcha's on Blogger. Many are downright unreadable.

IT"S A BOY! I guess this makes Marvin a honeymoon baby?

I love a good dog story and rescuing a dog who in return rescues you is the best.

Congratulations to you Spouse and Marvin!

WTF - I have a picture of what looks like a hotel room door with a number on it! I'm trying the number.

I just can't wait to have my own little Marvin too!

too funny, just a jeep guy!

congrats on your new bundle of joy; he's a cutie!

PS - if ya cannot read the displayed entry, click the round "refresh" spot for a better verification. I have!

Welcome to your new family member!

I hope Marvin and you guys are very happy.