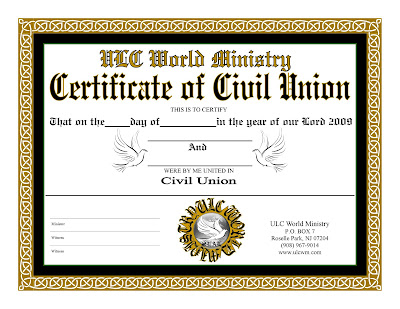 Today was the vote in the DE state Senate on SB 30, the civil unions bill. I'm happy to say that it passed!

Rumor had it that the conservative, religious folks had organized bus loads of opposers to fill the Legislative Hall during the discussion and vote. So SB 30 supporters mobilized our people and got a bunch to attend as well. The viewing gallery was filled and the overflow watched via closed-circuit TV from another room. Spouse & I were both working, but several of our friends were able to go and hopefully level the field of support.

So the final hurdle will be the House vote next Thurs. The Governor has already said he will sign the bill if it passes the Senate and House.
Posted by Mark in DE at Wednesday, April 06, 2011

after the gov signs the bill, are you and spouse going to do it?