Last week I ordered Jesse's book "You Can Run: Gay, Glam, and Gritty Travels in South America", hoping it would arrive before our NYC trip so that:

However, when I checked the mailbox today, it still hadn't arrived. Bummer. So I was thinking that I should probably make a quick stop for a magazine or two this evening when I go to the ATM for cash for the trip.

But then as I was rifling through the mail, almost like magic I found: 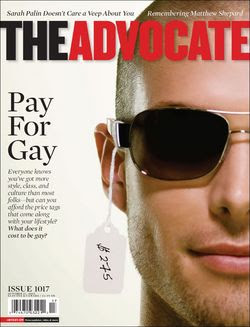 1. the latest issue of Advocate 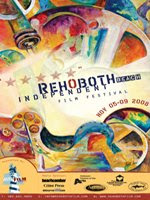 2. the catalog for the Rehoboth Beach Independent Film Festival

both of which made me very happy. Perfect timing! Spouse & I can both catch up on the latest and greatest of the gay, and I can read through descriptions of the films being shown at this year's festival.

What constitutes and independent film you ask? 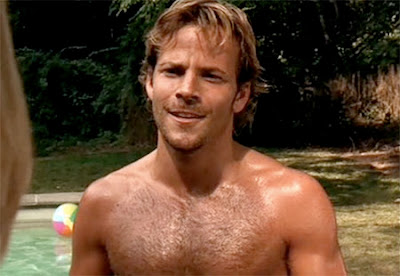 Sounds like a good time. I missed the film fest here in Providence past couple years. Working does that to you.

Anyhow good choice on Stephen Dorff. He still looks good and I remember when he was younger how cute he was then. Damn.

I appreciate your support of independent cinema, the quality and output would be much improved if everyone thought like you do!

Oh, and I hope you do like my book--if it ever does arrive ;)
xoxo