My blogger buddy Doug tagged me with this meme. I don't do memes often, but not wanting to disappoint, I decided to give this one a try. This was hard for me, as I could think of so many to feature! But here goes.

1. Pick a single person past or present who works in the film industry you would like to have dinner with. And tell us why you chose this person.

Bette Midler. Why? Well, she's Bette Midler for starters! She's beautiful, she's a talented singer as well as actress, and she's one of the funniest people on earth in my humble opinion. With over 30 film and TV credits, I think she'd be an awesome dinner guest. 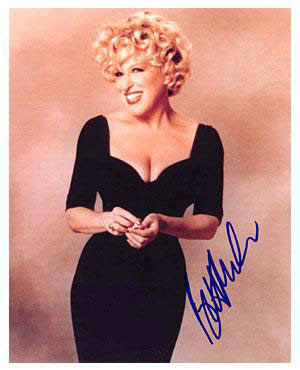 2. Set the table for your dinner. What would you eat? Would it be in a home or at a restaurant? And what would you wear? Feel free to elaborate on the details.
The dinner would be at my home, because I live near the beach, which seems appropriate when you think of her film 'Beaches'. I'd wear my new jeans because they're the only pants I own that actually fit, a colorful button-up shirt, and my black leather blazer. I'm not trying to be 'fancy', but that leather blazer looks dynamite and I just don't have that many occasions to wear it. Plus, I've seen Bette wear a black leather blazer before so I think she'd like it. Rather than 'dinner' per-se, I think I'd serve a selection of appetizers instead. Hummus, kalamata olives, hot spinach and artichoke dip, roasted red pepper spread, garlic and eggplant spread, and bruschetta. I think Bette would appreciate the variation from the expected. We'd eat at the vintage formica table in the kitchen rather than the dining room, as it suggests a more casual and intimate setting. 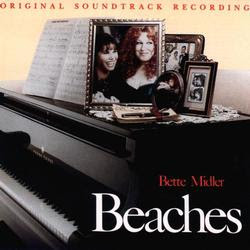 3. List five thoughtful questions you would ask this person during dinner.
Which performance has made you the most proud?
What role would you have loved to play but didn't?
If you couldn't be an actor or singer, what career would you like to pursue?
Who are the friends you spend the most time with, and why do you like them?
Do you recycle?

4. When all is said and done, select six bloggers to pass this Meme along to.

Stephen Rader at Are You There Blog? Its Me, Stephen , Tornwordo, J*O*E, cb, Dirk, and Christopher. Wow, 6 seems like a lot of folks to tag. 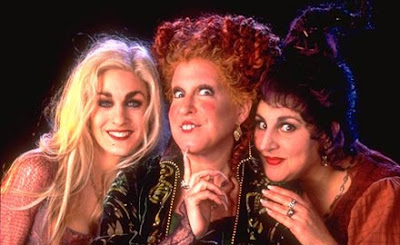 5. Link back to Lazy Eye Theatre, so people know the mastermind behind this Meme.

There you have it. 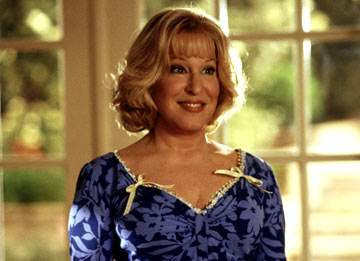 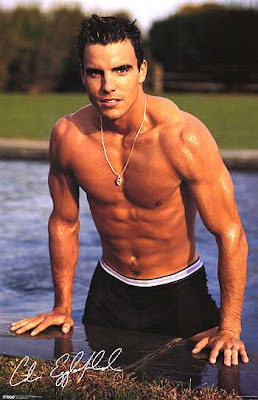 I love Bette Midler too! We just saw her biography. I learned lots I didn't know.

I did mine (yesterday...someone had tagged me prior to you)...and I wanna come eat dinner with you...that's all my fave appetizers.

Mine will be up on Sunday.

And isn't Colin just the yummiest?