This week's episode of American Idol was rather predictable. I thought most of the singers were good; this is definitely the most talented crop of crooners. But I say it was predictable because I correctly predicted 3 out of the 4 who got voted off on Thurs.

Asiah'h's voice doesn't have the needed clarity to be a pop star. Her voice is better suited to old standards and torch songs, although we never got to hear her sing any.

Maybe I was being optimistic, but I didn't think it was Danny Noriega's time just yet. I had no delusions that he'd win, but I thought Chekezie (aka: Parchesi) was going home last night instead of Danny. His Luther-wannabe performance was dull and lacked energy. Plus I was also hoping uber-femme Danny would stay around awhile, just to piss off all those redneck, right-wing neanderthals out there.

Kady is a decent singer, but in this competition decent just ain't enough. You've got to be able to 'bring it' to every performance, and Wed night she appeared to have 'left it at home'.

Luke is another decent singer with an usually high range, but his voice is too thin. It sounds like he sucks on helium balloons just before singing. But he's SO good looking that I was sort of sorry he had to go. It would have been nice to 'see him' a few more weeks.

I'm sticking with my original prediction that David Archuleta will win.

I was really happy AND really disappointed with the results from last night's Make Me a Supermodel.

The episode started off great with Frankie being sent home. Hurray! Now we don't have to listen to him say "Man", "you know", and "like" all in the same sentence every 5 seconds. Maybe now that he has so much extra time on his hands he can learn how to speak English!

I love it how every model on MMaS and every designer on Project Runway that gets sent home feels the need to tell the judges and audience "This isn't the last time you're going to see me!" Frankie joined those ranks last night. I thought "Oh yeah? Maybe I will see you again, if I ever go to a McDonald's drive-thru in Miami." Whatever.

The remaining models' assignment was to walk around a luncheon at Bloomingdales and 'sell' the clothing they were modeling to the 'ladies who lunch'. Now, they weren't swiping credit cards or handing over bags of merchandise, the 'selling' they were asked to do was very similar to the way you 'sell' an idea to someone in order to persuade them.

Ben was not comfortable with the concept of 'selling' at all. He was so stiff and unapproachable that the Bloomie's lady suggested he not participate. Bad, bad move, Ben! He secured himself a spot in the bottom 3 last night, and I predict he will go home next Thurs.

Now, here comes the really disappointing part. Ronnie and Casey were also placed into the bottom 3 last night. This makes no sense to me. While all the models except Ben did a fine job in the assignment, the Bloomie's lady commented on Ronnie's amazing eye contact. Then she actually told Perry he was being "too animated", which is code speak for "Settle the hell down! These are sophisticated women who do not want to see you acting life a cocky frat boy."

Yet, despite this reproof Perry managed to escape being in the bottom 3. I started wondering how does Perry do it? Then I wondered who Perry might be doing it to in order to escape the bottom 3 again! Is it Nikki? Or maybe Corey? Let's face it: he's just not THAT good looking or THAT good of a walker. 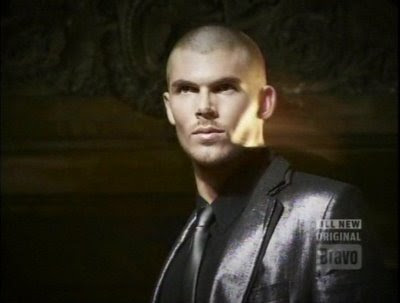 My prediction is that Ben will get sent home. If Ronnie goes home I'll stop watching the show. 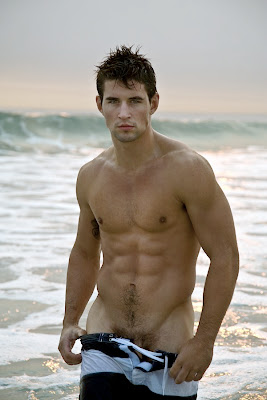 haha, Ben is indeed a god among men. He's just way too hot not to post, you know?

And um... I hope this is not too much to ask but... can you also put up a link to my blog on your link list as I did on mine with yours?

Woof! Today's crush is something else!

I LOVED DANNY!! I think AI isz rigged, no way he actually got voted off, Cheezy doesn't even have fans...

First off whom is Benjamin Godfre..time to go google...YUM! Yes Danny needed a longer stint on IDOL..I wish him the best..I think he will land on his light feet somewhere awesome.. I think Perry will be in the final 2 and maybe win it all-sorry-I think its all rigged a bit. Poor Ben-- he has been my fave....If hes out Im with you and your boy Ronnie......

I thought the other blondie chick was leaving instead of Asiah. Even though I wanted anger-twink danny to stick around, when push comes to shove, pick black vote over gay vote.

Nice blog. I will have to stop by more often. As for MMaS, I think they are putting up Ronnie with Ben in an attempt to get Ben gone. If Ronnie goes, like you, I don't think I will watch any further.

Benjamin Godfre: I'm in love. Wow. Thanks for sharing that... I think I'll go obsess now...