Fri night after dinner I decided to sing karaoke. Since different venues have different song books, I tried a new venue and found they had a lot of songs I liked. There wasn't a huge number of singers that night so I got to sing 3 times. I also met some nice, fun people there including a couple who got married in Key West 8 years ago. They've been there 27 times! I also met a man who invited me to join the Philly Pops! It was a fun night. But something very funny happened that I didn't discover until the next day.

After finishing my 1st song I returned to my bar stool and 1 of the bartenders (Gino) brought shots to me and a pretty blond woman (there with her boyfriend). Since I hadn't ordered it I was puzzled. I looked over at the blond woman across the bar who had also gotten the shot and she said to me "You did a great job on that song!", to which I said "Thank you". We both lifted our shots in the air to each other and downed them. I decided to go over and thank her in person, and we talked for a moment about what kind of shot we'd had (Pineapple upside down cake) and she asked if I was going to sing again. The next day I spoke to the other bartender, my friend Jason, and told him how flattered I was by the pretty blond woman who'd bought me a shot. Jason looked at me funny and asked "You mean the Pineapple upside down cake shot?" to which I said "Yes". Jason smiled and said "That was from me. She ordered the shot for herself and since I had extra, I gave one to you." So, when I got the shot and looked at her, it was a complete coincidence that she said "You did a great job on that song!" She didn't buy me the shot! Then I realized that when I went over to her and said thank you, I didn't say "Thank you for the shot", I just "Thank you" which she obviously thought I was thanking her for saying "You did a great job on that song!" Jason and I had a good laugh about that!!!

Sat morning Spouse had his personal trainer appointment and I had coffee and watched "Sell This House". After a quick bite to eat, we went took Big Ella to a car show in Georgetown and met up with our buddies Rick & Nick and Ken & Don. There were 101 cars registered and we enjoyed being there despite the humid weather. Afterward Spouse took a nap and I went to the beach at 2:30 and played several games of beach volleyball with Jason and the other volleyball guys. 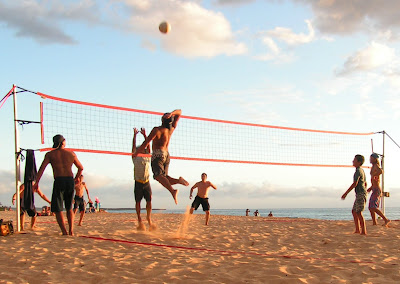 I'm a little stiff today but it was a lot of fun! The water was very comfortable so we enjoyed several nice swim breaks between volleyball games. I stayed at the beach until 6:30. That night we went to Saketumi for our friend Chris' surprise 50th birthday dinner. The food was terrific as always (I had 2 sushi rolls) and we had a great time. Afterward I dropped Spouse off at home and then met up with some friends at Mandance, including our friend Doug from Doug & Jim. Since Jim wasn't feeling well he stayed home, leaving me and Doug to talk, laugh, gossip, and dance the night away. It was a lot of fun. I got compliments from several friends at the birthday dinner and at Mandance about my recent haircut. 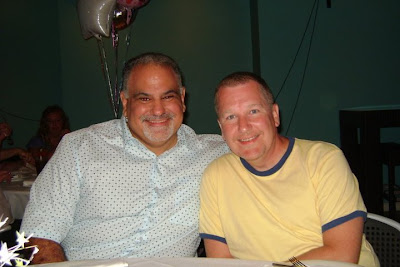 I was concerned it was too short, but everyone confirmed the opposite.
Sun morning Spouse & I met Steven & Thad and The Bobs at the beach at 11:00. We were only there about an hour and 1/2 when it started pouring down raining! We got soaked before we could make it back to the car. Once back at home we showered and had a snack. Spouse took a nap and I watched a little TV. I was in the mood for a good, crunchy veggie-filled salad so I invited Steven & Thad and Bryan & Jason to join us at Ruby Tuesday. We had a nice time talking over dinner. Spouse & I stopped at the grocery store (my least favorite chore) on the way home. After putting away the food and feeding/walking the dog, Spouse & I settled in for a relaxing night of TV watching.
Crush du Jour: Fernando Barcelona 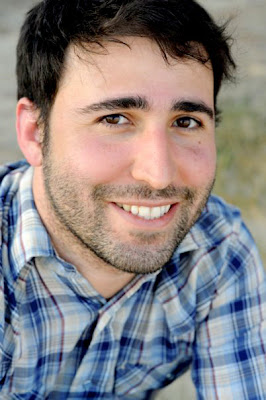 I have to comment on the haircut too. It's the best I've ever seen you.

you're right, it's too short; but don't listen to me!

and I will have the crush over easy, please!

Nice haircut! Reminds me I need to get mine cut, it's been two months and I'm looking decidedly shaggy.