We had a very social weekend. "Social butterflies" is what my mother would call us, if she were to speak to us, which she doesn't, which is her loss, but that's a story for another time.

Fri evening Spouse & I drove back to VA, I dropped him and Jordan off at his mom's, and went to sing karaoke at Freddie's. My buddy from high school Chris was there, as were a few other friends I see there each month. I had a good time singing and talking with friends, and didn't stay out too late. Spouse's sister and niece came over and visited with Spouse & Evelyn while I was out.

Sat morning Spouse, his mother Evelyn, and I met our friend Kathryn for breakfast at the Silver Diner. Kathryn is my "twin sister from different parents". We weren't able to hook up either of the 2 times we were in VA in Dec, so we brought along a Christmas gift for her. The 4 of us had a great time catching up over breakfast. Then we all went to Target. Kathryn had 3 things on her list and we had 4 things on ours and we joked about who would get to the check out 1st. 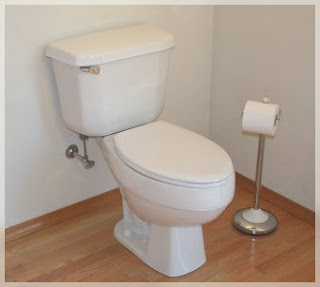 We relaxed and chatted with Evelyn for a little while, then Spouse & I went to Silver Spring to visit our friends Bill & Tom. They moved into a new house in Sept and we were eager to see it, and to visit with them. Their house is quite charming, a 1949 brick ranch with a finished basement. We went to a Mexican restaurant nearby for lunch. The food tasted good, but unfortunately did not set well with us. After saying goodbye to Bill & Tom, Spouse & I were supposed to go to our friends Liz & Justine's house, also in Silver Spring, for a visit. But instead, we had to go back to Evelyn's so both of us could use the bathroom... several times. I think it was the salsa. Neither of us had to throw up, which was good, but it was still rather uncomfortable and unpleasant to have to use the bathroom so often and so urgently. 'Nuff said.

So we called Justine & Liz and cancelled our visit with them so we could stay home at Evelyn's and 'recover'. We just watched TV the rest of the night.
Sun morning we felt 'back to normal' so we decided to drive down to George's house to see all the work that Kerry & Hugh had done there this week. They removed wall-to-wall carpeting from 3 rooms and the connecting hallway, painted the walls and baseboards in those areas, and installed laminate flooring and quarter round moulding in those areas. Everything turned out great, and Kerry's dad George loved it.
Evelyn suggested we drive to George's in her new car, so we did. She got a gently used 2007 Toyota Camray. Her previous car had been giving her some trouble. The a/c stopped blowing cold air last summer, the gear shift was difficult to get out of park, and the most annoying was the driver door kept getting stuck. After having to climb over the center console and exit via the passenger door a few times, she did have the driver door lock and handle fixed. Although she understood it is less expensive to fix a car that's paid off, she felt like she wanted a newer car, and since she can certainly afford it, she got one. She doesn't drive on the highway, and at 78 years old, that's probably a good thing for the general public, so I drove her car to George's house. Although I told her it drove nicely when she asked, I really didn't care for it much. It felt very 'old lady'-like compared to driving Spouse's Honda CRV.
When we returned from George's we went to lunch, then to Trader Joe's. Then Spouse's sister and her family came over and we visited with them for 2 hours. We made good use of our time and got to visit with lots of friends and family during this trip back to VA.
We loaded up the CRV and left for home at 4pm. After dropping off Jordan and our Trader Joe's booty, Spouse & I went to the grocery store, one of my least favorite domestic chores. But we didn't need to do a full-scale grocery shopping (just a handful of specific items plus some sale items we use regularly), so it didn't take as long and I came home from the store in a better mood than usual. We had a light dinner and then watched a Netflix DVD "Common Threads: Stories from the AIDS Quilt" which was good.
Crush du Jour: Dean Flynn 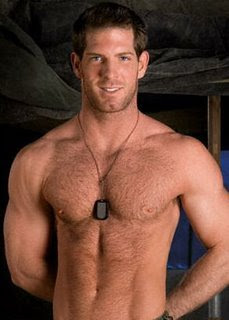