As a kid I assumed my parents thought it was easier to say "We'll see..." than "No", hoping I'd forget about my request before it came to "see". But as an adult I have found that "We'll see..." doesn't always mean "No".

In fact, a "We'll see..." attitude often provides me with the needed time to contemplate the situation, avoid making an emotional or hasty decision, and sometimes eliminates the need to make a decision at all. Case in point:

touch many years ago. I'd tried to locate him by calling old phone numbers and using various websites, etc to no avail. Then out of the blue came the friend request on Facebook. He lives about 20 miles from where Spouse's family lives. Naturally we really wanted to see each other again so I suggested we do so over the Christmas holiday. Perfect - we'd be close by and he had no plans.

I suggested to Spouse that since we'd be back in the area for 4 days over the Christmas holiday, we should make a point to see Patrick. He and Spouse had never met and Patrick was eager to meet him. Spouse sighed and said "We'll see..."

Thinking he surely understood how important this was to me, I was a little miffed and asked "What does that mean?" "It means we'll see. You've got us all booked up running around seeing all kinds of people while we're there. I don't want to feel like I'm on a social schedule. I want to spend time with my family. Its Christmas!"

Part of me wanted him to agree right then and there to working in a visit with Patrick. But another part of me reminded me that I am not single, I do not always get my way, and that I must also consider my partner's feelings. Really, I did not need his permission, nor did I need to have an answer that day.

I could have gotten all indignant up in here, demanding that my friendship with Patrick was just as important as our relationship with Spouse's family, and that a "We'll see..." answer was insulting. But instead, I let it go. I decided to truly "see" how things worked out, and indeed, they did work out.

Two days later as Patrick and I were chatting on Facebook he announced that his brother in CO had surprised him with a free plane ticket (using his frequent flyer miles) to spend the week of Christmas with him and his wife in CO. It had been several years since Patrick had spent time with his brother, sister-in-law, and their kids so he was absolutely thrilled with his brother's generous offer.

Then I realized that since Patrick would be in CO the entire time Spouse & I were back in VA, it would be impossible for us to meet up with him then. But since we return to VA for a weekend nearly every month, we could always meet up with him in Jan or Feb when nothing else was going on.

The situation had taken care of itself.

It isn't always easy, and things don't always work themselves out because you don't make a decision on them right away. But there are few guarantees in life. Much of the time we have to work from our experience and our gut feelings. Mine told me it was okay not to get my way this time, and by accepting that I may or may not get to see Patrick over Christmas, I avoided what could have turned into an ugly "discussion" (read: argument).

As I accept aging gracefully, I also accept that it is up to me to create and preserve a peaceful, non-stressful life. And accepting a "We'll see..." answer is part of that. Will this result in a happier life for me? 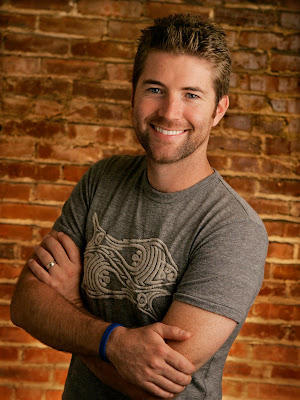 What a wise man you are. I think if everyone looked at situations as you do the world would be a happier and more satisfied place. Do we always need to get our way? No and sometimes that's a good thing. You could have very easily reminded Spouse about what you gave up for your birthday; but like the true gentleman you are, you let it go. You're my hero.

So often things do work themselves out.

When I was a child 'we'll see' always meant 'no' when spoken by my parents.

and I get fist dibs on the crush today...OMFG, I want to hump his brains out!

"...my friendship with Patrick was just as important as our relationship with Spouse's family".

Mark, this statement is extraordinarily powerful. Read it again after a day or two and tell me if you still agree with it.

I know what you mean about "we'll see" and have said it and heard it. Good post! Glad it worked out.

Wise words and sage adivce Mark. I'm glad you had the foresight to know not to press the issue and that in the end it all worked out. You have to trust that gut instinct. It will save you every time.

I can relate to your pique at the comment from the spouse. Even after 30+ years, I can still bristle when I feel that am being "owned" & I have a silent dialogue of- "you are not the boss of me"... sometimes love involves more compromise than I thought possible.