IN THE LIFE DEBUTS ITS JANUARY SHOW “TIES THAT BIND”A LOOK AT THE INTERSECTIONS OF RELIGION AND SEXUALITY IN THE LGBT COMMUNITY
NEW YORK—IN THE LIFE, the only three-time Emmy nominated public television series documenting the gay experience, explores religious devotion and discord in the LGBT community.
The power of religion to shape our lives, our worldview and our political convictions transcends all cultures, faiths, and sexual orientations. The Bible, the Koran, and the Torah are tools for spiritual guidance, comfort, and direction, but many gay and lesbian people endure a sense of alienation from religious communities that fail to see a place for them in their congregations. In the wake of many defeats sustained by the LGBT community on Election Day, with the historic passage of Proposition 8 in California and similar amendments in other states, the entire country has been witness to how religion is used as a wedge in the larger community.
Believing that homosexuals have no place in the Christian Church, ex-gay ministries like EXODUS International promise gay and lesbian people struggling to live within the margins of religious fundamentalism "freedom from homosexuality through the power of Jesus Christ.”
In its lead-story, “In God We Trusted,” this episode of IN THE LIFE examines evangelical ex-gay ministries that have been established around the country to “re-program” LGBT people into heterosexuals -- often with tragic consequences endured by its members: guilt, desperation, even suicide.
In “A Conversation With…” Bishop Gene Robinson, the first openly gay Bishop ordained by the Episcopal Church, and Rabbi Sharon Kleinbaum, spiritual leader of New York City’s largest LGBT synagogue, map their spiritual journeys, noting parallels and pivotal moments that lead them to call for a more inclusive theology that celebrates people of all faiths and sexual orientations. “I wanted to be a part of a Judaism that could ask questions in a sophisticated way about the meaning of life, interfaith relations, sexuality, feminism, gender issues," says Kleinbaum, "and I believed that Judaism was actually big enough and strong enough, and that God was sophisticated enough to handle those kinds of questions.”
The episode concludes with a “Real to Reel” highlighting Parvez Sharma’s groundbreaking film, “A Jihad for Love.” This rare portrait of a different kind of “Jihad,” meaning: an inner struggle or to strive in the path of God, brings the stories of gay and lesbian Muslims across twelve countries to the forefront of the debate on Muslim scripture and homosexuality.
"Ties That Bind" has begun airing on American Public Television stations, and is available for free video streaming and downloadable podcasting from the IN THE LIFE website. To find out when it will be airing in their local areas, to stream or download it, viewers should go to here.
About In The Life Media
In The Life Media provides information about the lesbian, gay, bisexual, and transgender communities, documents the ongoing LGBT civil rights movement, and produces diverse images of the LGBT community to create better understanding and acceptance.
About IN THE LIFE
Produced by In The Life Media, IN THE LIFE is the longest running television show documenting the gay experience. IN THE LIFE is a three-time Emmy Award nominee, a Lambda Legal Liberty Award honoree, and the recipient of the Courage Award from the New York City Gay and Lesbian Anti-Violence Project. In 2004, GLAAD honored our organization with the prestigious Barbara Gittings Award "for contributions to LGBT media." In 2006, it won the Seigenthaler Award from the National Lesbian and Gay Journalists Association for "excellence in network television."
Crush du Jour: Scott Caan 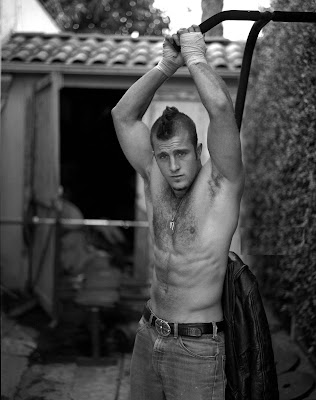 Sounds like a good series. Christians who are gay sometimes have a hard enough time of it, but I really can't imagine being a gay Muslim. I really feel for our very oppressed brothers and sisters who are in countries dominated by that religion.

And of course they do a video podcast so I subscribed to it.

It's looking like I may have to upgrade the iPod in a year or two as I find more stuff I want to add.

Excellent post! Many religions cause more harm than good. I've been debating with a former student who is in some Bible college preparing to become an evangelical nutcase preacher about homosexuality. (I'm intentionally not using minister or pastor here.) There's no hope for him. He's gone too far over the edge. I hope he comes to his senses someday.

The irony and sadness of it all is that he's black with a white wife and doesn't acknowledge that the same things that he's saying about gay people were said about interracial relationships and marriage. I will never understand those people.

I like your Crush du Jour! You've seen the pics where he's unintentionally flashing his junk, right?