Man, it is COLD outside! I probably shouldn't complain about our 10 degrees here in southern DE, when some of you are dealing with temps below zero. But living near the ocean means we have breezes and wind all the time, so although the thermometer may read 10 degrees, it feels closer to zero. 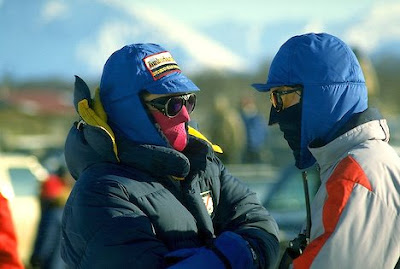 Poor Jordan is missing her walks. We've simply been taking her out in the yard to do her business, and then making her come back inside. We love our dog, but we are not about to freeze our asses off so she can enjoy sniffing the (frozen) neighborhood.

'Out' gay bishop Gene Robinson will kickoff Obama's inaugural events on Sunday by delivering an invocation on the steps of the Lincoln Memorial. 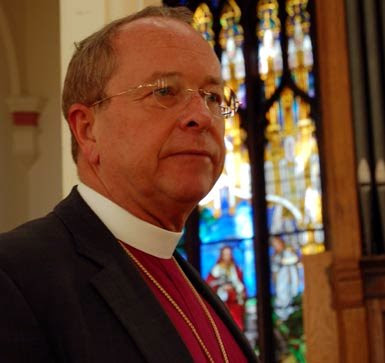 The HRC is pleased, but some have wondered if Robinson's selection was really a move to quiet the noisy gays who were angry over Obama's selection of minister and Prop 8 supporter Rick Warren. Obama's spokesperson says Robinson had already been selected when Warren's participation was announced. Read the story here.
Tonight, as usual, we have dinner with 'the usual suspects'. I'm pleased so many have said they are coming, despite the cold weather.
Tomorrow's MLK Jr. parade is still going to take place, despite the cold weather. Big Ella and I have signed up to be in the parade. Thank goodness she's got a good, strong heater! 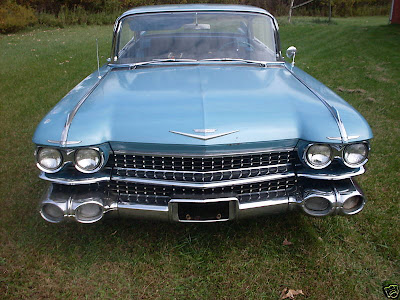 Spouse said he was not interested in riding with me in the parade (he didn't ride with me in the 4th of July 'Doo Dah' parade either, you may recall) so I asked my terrific neighbor Claudia and she said yes. It should be fun.
My friend Chuck sent me this link to Prop 8 maps. Within most cities you can see the name and occupation of Prop 8 contributors and the amount of their donation. Hmm, interesting. Now why would Mrs. Kathryn Carter in Salt Lake City who is a 'homemaker' (ie: not gainfully employed) contribute $9,500 to stop a bill in CA? I can understand $100. But $9,500.??? Is it me, or does anyone else find this just a tad bit suspicious?
Not much planned for this long weekend. I hope that's not a mistake.
Crush du Jour: Diego Valentino 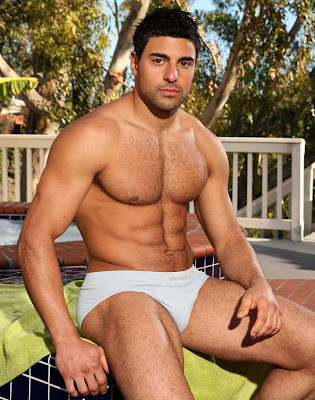 Have a good weekend. It will be a good weekend to stay in. I'll be staying in with a friend who is here visiting from Brazil. He is already over the cold weather and he has only been here since Thursday. Stay warm. And love Diego. That'll keep warm while the Boy-Toy is away!

10 degrees almost sounds "balmy" to me. This morning it was -17. ACK! What's so weird is seeing steam come off Lake Michigan as if the water is hot. Have a great time at the parade! And stay warm. Dress in layers. If you get a bit warm, shed a layer. ;-)

How was the parade? Was Big Ella her usual big hit? Were you warm enough?