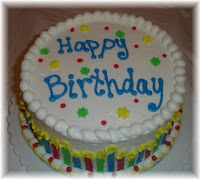 I knocked off work a little early on Fri to tidy up the house and set the tables. Spouse made his famous baked ziti and we bought a decorated sheet cake. Some of the other guys brought salad, bread, a veggie platter, and drinks.
Some of the guys enjoyed a glass of wine and the veggies while I sliced the bread, and then all 16 of us sat down to eat. 8 at the dining room table, 6 at the kitchen table, and 2 at the kitchen peninsula. Its pretty amazing that everyone fit rather comfortably, thanks to some creative furniture arranging.
After dinner we gathered in the living room to play Tim's home made jeopardy game. He created a jeopardy board and a bunch of categorized questions. With our group, it quickly descended into mayhem with answers (some not in the form of a question) being shouted from around the room, and lots and lots of laughter.
The highlight, at least for me, was when my team sweeped the entire 'Gayisms' category! An example of one of the answers: "I would strongly recommend that you not proceed in that direction", to which I correctly asked "What is 'Don't go there'!" I was proclaimed the gayest of the gay for correctly answering every question in the 'Gayisms' category before anyone else. Tim did a fabulous job creating this completely custom jeopardy game.
After jeopardy we had cake and ice cream with coffee, and then the fellows left two by two, just like Noah's Ark. I think everyone felt like it was a really fun way to celebrate the guys' birthdays.
Crush du Jour: Todd Grinnell 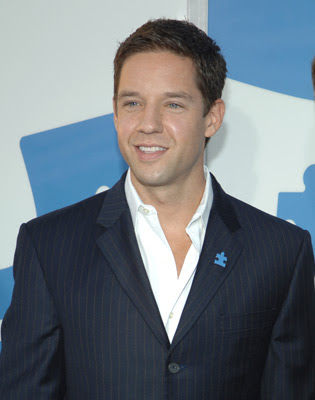 Sounds like you had fun. We've been invited to join a group of people for roving pot luck.

It should be interesting. There's one other guy in the group that is also politically active like I am, and putting the two of us together could be dangerous, neigh, radical.

I'm kind of a direct action guy. Don't have a lot of time for the compromise of politics. My style E.g. think of Iceland or Greece in recent months.

That sounds like so much fun! I love trivia games, and how neat he made that one for the group. I've been planning to have game nights and this makes me want to make that happen soon. Thanks!

How gracious of you to host your friends for this celebration. And I must add that sheet cake is adorable with all the detailed candles on the side. Or do I say sides? ;-)