Recently Spouse & I watched "Long-Term Relationship". Here's the Netflix synopsis:
"Tired of the unsatisfying singles scene, Glenn (Matthew Montgomery) answers a personal ad and meets Adam (Windham Beacham), a handsome Southern man seeking a long-term relationship. The two hit it off immediately, but their initial attraction is soon put to the test. Glenn's gay friends say he'd be happier playing the field again, but his straight pals encourage him to work at the budding relationship in director Rob Williams's romantic comedy." 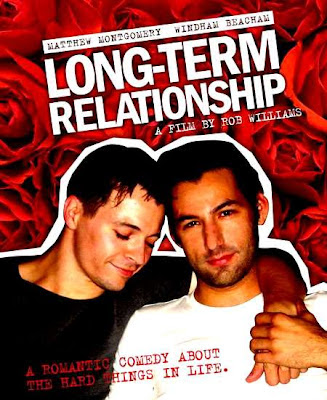 We liked it. Its not simply one of those "boy meets boy and falls in love" stories. As Glenn and Adam get to know each other better they discover they do not share some of the same values. For instance, Glenn is a self-identified liberal Democrat while Adam describes himself as a fiscally conservative, socially liberal Republican. You know that can't be good.

But another thing that's not good is their sex life. Despite their growing love and attraction to each other, their attempts at hot, steamy sex end up more like limp, steamed broccoli. Obviously this is a concern for the pair. I won't tell you how or if this is resolved, in case you decide to watch the film, which I recommend.

But the film got me to thinking.

What if all the 'important things' in a relationship are good (or great), but the sex isn't so great. Should mediocre sex be a deal-breaker?

Glenn's single gay pals try to convince him that if the sex isn't rockin', he should abandon the ship. Glenn's response is that after 5 or so years they'll rarely have sex anyway, so why make it such a big deal now. Glenn's married straight friends tell him not to be naive; that there is no such thing as a perfect relationship. Hot sex with someone you can't really talk to outside of the bed isn't worth it.

A talented blogger posted on a similar subject here. He believes that any serious contender for a relationship with him absolutely must meet his 5 requirements. And yes, great sex is 1 of them. He feels that he would be compromising if a man only met 4 out of 5.

But this lead me to wonder if there are lots of guys out there who are turning down '4 out of 5's in order not to feel as though they've settled, yet they are rapidly approaching 40 and are still single? Not that there's anything wrong with being single, unless you are single and don't want to be.

Is there a point or an age at which you will think that '4 out of 5' is acceptable?

And this is not limited to just gay men. My aunt is 64 years old and has never been married. She's not a lesbian (I know that's what you're thinking) and she has had several relationships with men that lasted 6-12 months. But none of them ever resulted in marriage or even living together.

Is it wise to 'hold out' for someone who meets all 5 or your 5 requirements?

She says she's always had high standards, and that none of the men she dated were quite right. This sounds to me like 'they were all 4 out of 5s'. But while I certainly acknowledge her prerogative not to settle, now she's 64 years old, retired, and doesn't date at all. I wonder if she wishes now that she'd been willing to compromise a little back then? If so, maybe she wouldn't be alone.

Alone. That brings up another dangerous question.

Should fear of being alone cause someone to relax their standards? Initially I think we would all answer 'no' to that question. But think about it for a minute. If you get to a point or an age where '4 out of 5' seems better than '0 out of 5', is that fear of being alone? Or is that making a decision to be happy with someone most of the time rather than happy with no one all the time?

I do not believe there are universal answers to these questions. Each person must examine their own needs and situation and decide what they believe is best for them.

But hopefully these questions will prompt us all to think below the surface of this topic. Whether one is in a relationship or single, they should be there because they want to be - not because they never thought deeply about it. 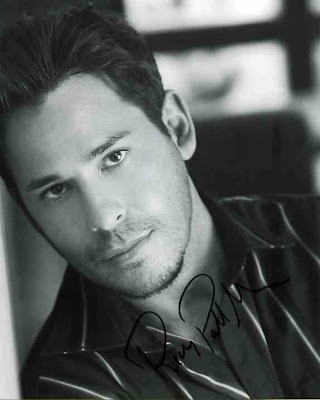 I'll be honest, if no one else is.

Sometimes 2 out of 5 is good enough.

Thanks for the movie review.We'll have to check it out.The movie sounds alot like myself and the hubby.He is very liberalrepublician, I'm demacratic,he a planner,I'm a get up and just go person,he in polictics,I'm in the arts,he's cautious,I'm laid back,but everyone tells us that we balance each other out.While we do have lots of common intrests,we get along very well.Without going into personal stuff, we are even having the same amount of sport nookie we had the first month we met,and still together for almost eight years now.But we agree with mikesays 2 or 3 out of five isn't bad.A close friend of ours always requires five of five,but once had a very wonderful relationship for 4 years where he had 3 out of five things he looked for in men.One day he wanted out of the relationship to look for a man that had all the things he wanted.Now he says he regrets it everyday that he did that,because that now was the best relationship he ever had and now feels he'll never capture that feeling again.So the grass is not always greener on the other side.Me and my other half consider ourselves very lucky!
Take care-
Maddie

I see your point and I totally agree that the list of "He Must Have" for some people is something I truly don't understand.

That said, I rarely date anymore because I know what I want in a man and if I'm busy dating someone that I'm dating just for the sake of "dating," them I might miss the guy who fits me and my personality.

It's not physical because I find all men sexy and attractive - - all men. And it's not financial because I could care less. But after being dragged through the worst relationship I could possibly imagine, the first thing I want from a man is honesty. And that is an incredibly rare quality for some reason.

If you're honest, you're in. And if you make me laugh, we WILL get married.

Mike Says is absoultely right. Every day is different. Every year different. And to point fingers and say "You shouldn't" is just not horribly realistic. There are plenty of hetero and homo relationships that go without sex for one reason or another. And many are still happier than little clams. Difficult to pass judgment until you've been there and done that.

Mike Says is absoultely right. Every day is different. Every year different. And to point fingers and say "You shouldn't" is just not horribly realistic. There are plenty of hetero and homo relationships that go without sex for one reason or another. And many are still happier than little clams. Difficult to pass judgment until you've been there and done that.

I have always said, "There is no answer, there is only participation."

Someone, put that on a sampler pillow!

I saw Matthew Montgomery in a truly bad film that I absolutely love called "Gone but Not Forgotten." I'd be interested to see this one, too.

Furthermore, if the sex is really smokin' now, but something should happen in 5 or 10 years to adversely affect one of the partners' ability to perform sexually, would you leave the relationship because the sex wasn't good anymore?

I think we all assume that couples who have been together for years just don't have sex that often. I've heard stories, read surveys that support that assumption. But it oh so doesn't apply in our case, or in many long term relationships I'm aware of.

And there is so much more to a relationship than sex. But sex, for me anyway, is very important. So, in the final analysis (don't you hate that term?) I have no idea. I am glad I married my husband, though, even if he didn't meet all the requirements on some list.

Oh my...Something to think about- Now that it has been 11 years with the hubby..Well I would like to say we do have 5 out of 5 met..Just not all the time...sometimes we meet 3 out of the 5 for awhile and sometimes we a meeting 2 of of 5...and yes sometimes 5 out of 5. I dont believe in requirements like this.

We've been together for almost 18 years and Brad and I are very compatible, in many ways because we're so different. And the compatibility has grown over the years as we have grown and changed, as individuals and as a couple.

But sex. That would be a biggie for me. If that component wasn't there in the beginning, I doubt we would have gotten very far. If something were to happen now, a disability or an accident (god forbid), we would definitely still make it work and find ways around the problem. Happily, we continue to enjoy a toe-curlingly good sex life!

Jeff said...
This comment has been removed by the author.
2:48 PM

I have 50 requirements, but would SO settle for a guy meeting 40 of them!

I ended a five year relationship because I didn't want to live the rest of my life the way I was, and I didn't think we'd ever find the common ground we both desired. Sex certainly became mediocre or non-existant, but I think that was a symptom as much as a cause.

My current relationship of just over a year, we have compatabilities (out of the bedroom) that I never even dared to put "on my list." There are always obsicles in any relationship, but theones we're finding seem very negotiable