I had a great time at karaoke on Fri night! Freddie’s wasn’t over-crowded as it often is on Fri nights, so it was easier to move around and the karaoke list wasn’t as long. I sang “Its Too Late” by Carole King and “Mambo Italiano” by Bette Midler. My friend Greg was there and he introduced me to his friends Bob, Debbie, and Cheryl. We hung out together the whole time. My friend Sean was there too and he hung out with us part of the time. We had a blast!

As I was chatting with Cheryl she asked how long I’d been partnered. I told her it would be 12 years next month, and she congratulated me on our enduring relationship. She lamented that both times she thought her relationships were really going to last she was surprised when her girlfriends broke up with her. Then came the inevitable question: “What’s your secret?"

As I began to answer her question I couldn’t help but think that this conversation would become a blog entry. Does anyone else ever have that experience where you know right there in the moment that you will blog about whatever it is that’s happening? At first I felt a little guilty, as if I might say something better or different simply because I knew I’d be quoting myself. But in a rare moment of clarity (or was that an alcohol-induced delusion of clarity?) my thoughts seemed to organize themselves and begin to flow. I felt like I was really communicating with Cheryl.

“What’s my secret? Hmmm, I guess I’d have to say being realistic. You know, there’s no ‘perfect relationship’. You can rank potential partners against your wish list and there will probably never be one that matches completely, so you’ve got to be realistic about that. I mean, its fine to have a wish list. That will probably help you identify what’s important to you in a partner. But you should also decide which are the ‘nice-to-have’ and which are truly important things on the list and really look for the truly important ones in a partner. The nice-to-haves will be the icing on the cake.

“For instance, my partner really makes me laugh. He’s clever, smart, and funny, and that combination is really important to me. Now, I’d also like a partner who’s neat and tidy, too, but I think of neat and tidy as a ‘nice-to-have’. I didn’t discard him because I couldn’t check the box next to “neat and tidy” on my wish list. He matched the truly important elements so I decided I could compromise on the neat and tidy.

“Which brings me to another part of my ‘secret’: compromise. Unless you find a clone of yourself, your partner is not going to like everything you like, and vise-versa, so you’re both going to have to compromise from time to time. Just be careful and try to keep the compromising balanced, so that neither of you feels like you’re always the one to compromise. Taking turns works for us. I watch a show he likes for an hour, and then he watches a show I like for an hour. You get the picture. 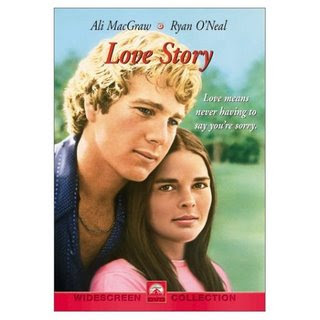 Suddenly I realized I’d been talking for several minutes, and had likely thoroughly answered her question by now, which might have been meant to be rhetorical in the first place. But I was glad that Cheryl’s response seemed to indicate an appreciation for my sage wisdom. “Wow, that’s great. Be realistic, be willing to compromise, and be willing to apologize. You know, I’m really going to try and remember this” she said sincerely.

I smiled and wished her good luck in her current, new relationship. For a second I thought about suggesting we exchange email addresses so I could keep abreast of how Cheryl’s relationship was going, but quickly decided against it.

‘Who am I, Deeprak Chopra?’ I asked myself silently. ‘What makes me qualified to dispense relationship advice?’ 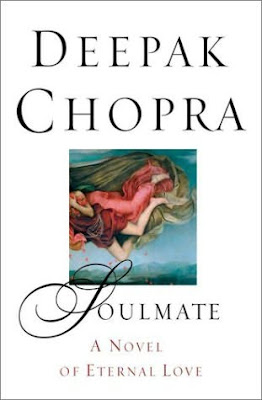 But then I decided that being in a successful 12-year relationship, for which there were no role models nor legal recognition, did give me at least the feeling that I had something worthwhile to share: my experience. So although I have no 4-year counseling degree, I decided that my 12-years relationship experience made up for it, much like it does when applying for a job. 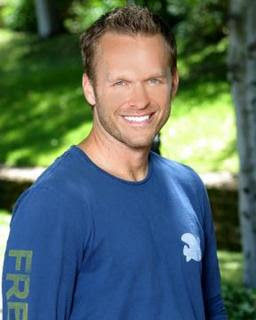 Right on the money, I'd say! (Brad and I celebrated 17 years together last November.) Not taking oneself too seriously and the odd separate vacation help too! :-)

What you say about not having role models or legal recognition more than gives you "equivalent experience"...I'm a big fan of your degree.

Congrats on the 12 years!

OMG-- total fan too-- but you alkready know i a BIG fan!...another great read and so true....Compromise is key and not expeting it all to be so perfect.....

We get that question all the time. Bill and I have been inseparable for over 30 years.
Our not-so-secret secrets are:
1) The thrill of new love does not last but the euphoria of old-established love is even better,
2) We don't always have to be joined at the hip, and
3) We each agree that the other is the man we want to spend our lives with, regardless of the circumstances that befall us.

Wonderful advice and a wonderful post. Being a single boy, I will take it to heart at the beginning of my next relationship.

Sounds like sage advice indeed. I think the place where most relationship-challenged people stumble is in the compromise department.

ZING! You are qualified to talk about this. You've done well, and poeople come to those who are successful for advice.

And, I hated love story, even if I'm a sap and I still cried at the end. But I cry when the wind changes, so that doesn't count.

I try not to comment on my own posts, but wanted to respond to:

Ryan: Yes. Its not always easy to deal with temptation, but we are committed to 100% monogamy.

I would also add "separate bathrooms"...and in Mike's and my case, this is definitely not a "Nice to Have" but a necessity!
;-)
Clarkles

PS: Sorry we missed yet another of your visits. When are you and Spouse coming again?

I remember "never having to say you're sorry." It made no sense to me at the time, and I was only about 8 when the movie came out.

I think your experience makes you enough of an expert to advise. It is the way of a community- the older experienced members teach the younger in the ways of wisdom. The trick is getting the younger ones to listen! :)

Lovely post. It really is very simple, but its amazing how difficult it is for people to realize.

Congrats on 12 years! R and I are one year behind you!

Never having to say you're sorry? Seriously? I don't think I'll ever watch that movie. I think that part of loving means the exact opposite.

This was superb. I'd say you are more than qualified to dispense relationship advice. I'm storing this up for future reference.

Ironic, I just saw Ali yesterday. She blew me kisses. :)

I'm really glad I read your blog. You are a fasinating person to read about ;)
I think that I was destined to read your experiance. It was one of those times where I felt a strong earge to click on the "Recently Updated at 8:41" posts."
Namaste!
Annie