As I signed into MySpace today I saw an ad for the Honda FCX Clarity, the first non-gasoline, hydrogen fuel cell automobile. As a 4-time Honda owner and someone keenly interested in eliminating my dependence on limited fossil fuels, I clicked on the ad which took me to Honda's new FCX Clarity's website.

I must say that I was initially thrilled to see that a non-gasoline car whose only emission is water vapor, is finally being offered. But my excitement quickly turned to disappointment when I read that CA is the only state that has hydrogen refueling stations. In fact, you have to live in Torrence, Santa Monica, or Irvine to "qualify" to lease one of these vehicles, since those are the only locations where the fuel cell vehicle can be refueled. But, at least its a step in the right direction. Or is it?

Hydrogen fuel cell vehicles aren't nearly as 'smart' an idea as fully electric vehicles. Too bad GM crushed its entire fleet of these back in the '90s. They claimed there wasn't enough demand for them, but in reality the vehicles were simply too efficient and used no gasoline, which made all of GM's buddies at the oil companies very, very angry. 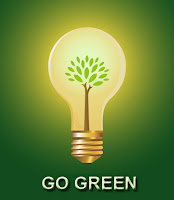 But now, 10 years later, it seems everyone is trying to find ways to "go green". I'm not sure if its because they have a genuine interest in our environment, or simply because they feel its 'politically correct'. I've noticed people don't mind doing environmentally helpful things as long as its easy and doesn't require any real sacrifice or effort. They'll recycle glass, plastics, and newspapers as long as they don't have to sort them and can just drag the container out to the sidewalk on 'pick-up day'. They'll switch out a few incandescent light bulbs with fluorescent ones as long as they can buy them in bulk while shopping at the big warehouse store.

The most convincing are the ones that actually purchased gasoline-electric hybrid vehicles, even though most of these only get a few more miles per gallon of gasoline than a regular car. But at least they showed the auto manufacturers that there was indeed a demand for alternatives. 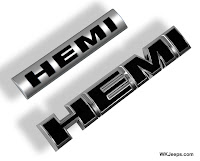 But I am still baffled by all of the people who will telecommute for work one day a week to 'help save the environment', but then drive around the other 6 days a week in their Chryslers, Dodges, and Jeeps with giant, gas-guzzling, super-polluting hemi engines!

I mean, if hybrids and fuel cell vehicles are a step in the right direction, then hemi powered vehicles are a leap in the wrong direction.
Ah, we humans... such funny animals.
I'm not recommending that everyone get rid of their gasoline powered cars just yet, but with gasoline approaching $4.00 a gallon in most areas, you'd think the economic incentive would 'fuel' the environmental incentive (pun unintended) to stop consuming and burning so much. But Americans feel entitled to their large, luxurious, gas-guzzling hemi engines. After all, this is America - the land of the free, right? Well, for now it is, but that's a whole 'nother blog entry.
Crush du Jour: Nicholas Gonzalez 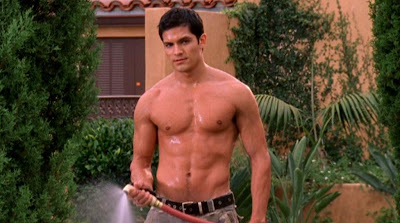 I love Hondas and am intrigued by this new one and read the website you linked. When they become available all over the country, I'll seriously consider getting one if I can afford it. Wonder how much they will cost? I love this concept!