Without being specific, I've mentioned that we live in a coastal southern DE town near Rehoboth Beach. A friend sent me this New York Times article which states that Rehoboth Beach DE is on the list of top cities for same-sex couples per capita. Very interesting! 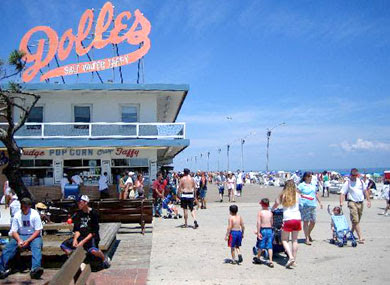 So much for San Francisco.

The list of top cities for same-sex couples as a portion of the population does not include that traditional gay mecca, according to new census data. In fact, the city, which ranked third in 1990 and 11th in 2000, plummeted to No. 28 in 2010. And West Hollywood, once No. 1, has dropped out of the top five.

The Census Bureau data, finalized this week and analyzed by Gary Gates, a demographer at the Williams Institute at the University of California, Los Angeles, gives the clearest picture to date of same-sex couples in America. In absolute numbers, they jumped by half in the past decade, to 901,997.

Most surprising is how far same-sex couples have dispersed, moving from traditional enclaves and safe havens into farther-flung areas of the country.

Consider, for example, the upstarts on the list: Pleasant Ridge, Mich., a suburb of Detroit; New Hope, Pa.; and Rehoboth Beach in southern Delaware. All three have been popular destinations for gay people locally but had never ranked in the top 10.

The No. 1-ranked town is Provincetown, Mass., at the tip of Cape Cod.

I agree that the Rehoboth Beach/Lewes/Milton area of southern Delaware is a great area for same sex couples but I also agree that Provincetown, Mass is the Number One place. I used to go there every summer and it is the ONLY PLACE I've ever been where I felt totally comfortable as a gay man. Rehoboth Beach and the surrounding towns still has that "let's keep this a family place" attitude simmering right under the surface of all the (sometimes) misleading straight smiles. Witness the current kerfluffel with the noise ordinance in Rehoboth. The day when we can have a gay pride parade down Rehoboth Avenue in June, in full view of all the "let's keep this a family vacation resort" people, then that is the day we may qualify for the Number One position of same-sex friendly places. Until then, we're just "tolerated" and I hate to be "just tolerated." I want to be a full fledged member of the community without that qualifier of being "tolerated" just because we spend our money here and put on public displays of gaydom like drag shows and drag beach volleyball. Baltimore Avenue and Camp Rehoboth are nice but it is still seperate but is it really equal? When the day comes when we don't need something like Camp Rehoboth to run interference for us to be "accepted" is the day we have arrived at full equality with our straight counterparts.

And the local rag, ProJo said that there were 3,600+ same sex couples in RI.

And another fact emerged that I thought was quite interesting. Gay male couples in the state tend to live in the more populous cities, while the lesbian couples live out in extreme suburbia.

I guess you're battening down the hatches for Irene's arrival. I hope you and your house will be okay!

So you are one of them thar hipster gay couples?