I'm not a genius, but I'm not stupid either. There are definitely some things that I just don't understand, such as...

WHY DOES ANYONE CARE ABOUT THE PERSONAL LIVES OF CELEBRITIES?
Celebrity affairs, celebrity break-ups, celebrity photos taken by paparazzi... WHO CARES?
Certainly not me. I haven't the faintest interest in where Mylie Cyrus shops, what club Paris Hilton parties in, or who Charlie Sheen is photographed/cheating with. None what-so-ever. Yet these topics seem to be the sole content of tabloid papers and 1/2 hour 'entertainment' tv shows. Every day.
I just don't understand it. Why does anyone care about this? 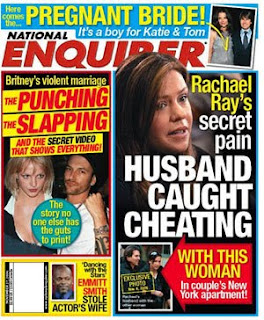 And don't EVEN get me started on the whole "sexual addiction" thing. It seems to be quite in vogue now to be a 25-35 year old male having lots of sex with different people, get caught, and then go to rehab for "sexual addiction".

First off, the very existence of the disease or condition "sexual addiction" is NOT universally accepted by sexologists. I happen to believe it does exist in rare cases, but is often incorrectly diagnosed so that sufferers can feel they are less/not responsible for their behavior. I mean, being diagnosed with alcoholism doesn't remove the responsibility of one's actions, so why would someone with sexual addiction be any less responsible for theirs?

Take Tiger for instance. He's young, handsome, talented, and rich. He's the complete package; the proverbial captain of the football team. He can probably have as much sex as he wants with as many people as he wants. To me, that is not "sexual addiction", that is simply taking advantage of his situation.

But even if celebrities ARE sexual addicts or sexual compulsives, why do so many regular everyday people care? Why do tabloids and 'entertainment' tv shows stay in business by reporting such info?

I don't understand it. I just don't get why anyone cares. 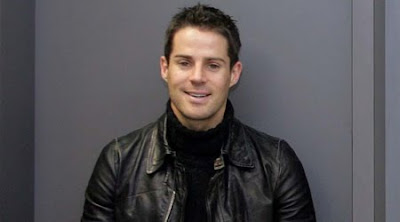 I agree with you. It's a total head scratcher.

I agree that "sexual addiction" is over-diagnosed. Tiger Woods and Jesse James are certainly not sex addicts. They are normal men. It is NORMAL for men to want to have sex with lots of different partners. The only 'illness' these men have, or any man for that matter, is possessing a Y chromosome!

As for Tiki Barber, I regard him and his twin Ronde as two of the five hottest men alive on Earth today. I most definitely care about their personal lives, and I wish they were intertwined with mine. Oh man!

yeah, who gives a fat rat's ass about any of those people?

I have enough problems living my own life on a daily basis without trying to live someone else's.

Girl, I care!
At least for some of them. I don't know why...I just think we connect with certain celebrities because we love their movies/shows or their personalities and it makes us care for them.

It's becoming a great excuse for people's bad behavior. I don't buy it!

I agree. Sex addiction is a real condition. I know 2 different people who've gone through treatment. But, these celebs are using it as a cop out. I don't believe for one minute that Tiger or Jesse are true sex addicts.

Neither Tiger or Jesse are having sex with me. I know. I checked. That being the case, I don't care to hear about who they do.

BTW, Tiger is just down the street from me, sort of. Is the Masters still in progress? I'm about an hour north of there. I don't plan to hook up with him, though.

I'm tired of all the news surrounding Tiger Woods, especially this week.

The whole celebrity fixation is sad. It's like they are modern day royalty. Lame.

I always thought it would be weird to go to a sex addicts support/AA meeting-
ME:"Hi, my name is Steve & I am a sex addict."
The Entire Group: "Hellllooooo, Steve..."

Mark, marketing and consumerism play a huge part in our culture and I think that helps to perpetuate the cycle of celebrity interest you suggest. It is also a convenient way to keep the populace distracted from looming or long term problems, but that has been true on many civilizations. Entertainment is one of America's largest expenses.

Kids are more likely to know more things about a celeb than they can recall from their history class. Ideas about fiance, world hunger, foreign policy, or ways to help combat climate impact are topics for other people to consider. If you ask people to do simple things that would help other people, you won't have many volunteers, but if you ask a person to take part in entertainment, even as an observer, it is easy to find people with time and energy.

The movie Idiocracy really has it right. I wish that wasn't so. Even with Stan and myself seated well out of the pop culture/marketing/consumerism bubble it is very hard to say that we are still not greatly influenced by the culture that surrounds us on all sides.

Take it as a good sign that you don't get the celeb thing.