A vaccine treatment for prostate cancer has become the first therapy of its kind to win approval for use in U.S. patients.
The U.S. Food and Drug Administration approved Provenge, a novel technique for fighting prostate cancer, on Thursday. The treatment involves taking a patient's own white blood cells and using a drug that trains them to more actively attack cancer cells.
"It's a landmark in the sense that it would be the first approved cell-based immune therapy," said Dr. Nina Bhardwaj, director of the tumor vaccine program at New York University Langone Medical Center, who is not involved with Provenge or its maker, Dendreon Corp. 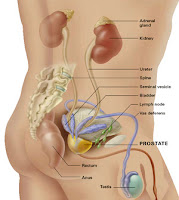 "It's a major conceptual advance; it's a modest therapeutic advance," said Dr. Christopher Logothetis, prostate cancer researcher at the University of Texas M. D. Anderson Cancer Center. Logothetis testified to an FDA panel in 2007 about the drug, but has no financial ties to Dendreon.
"This is a significant improvement in survival, and is more significant in that it is a new way of treating prostate cancer," said Dr. Otis Brawley, chief medical officer of the American Cancer Society, in an e-mail.
Because the treatment makes use of the patient's own cells, it does not cause the severe side effects seen in chemotherapy, Penson said. The main side effects seen for Provenge were flu-like symptoms, such as chills and fever, lasting one to two days.
For the entire article, click here.
Crush du Jour: Albero Ochoa 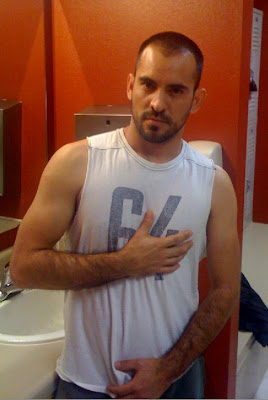 The news on fighting cancer in general seems to be getting better every day.

A week or two ago I read about them using a modified Herpes Simplex virus (HSV) to attack melanoma.

Not only did it kill the skin lesions, it killed the metastatic cells in the liver, lungs, etc. turning them into necrotic tissue.

It boosted the one year survival rate for stage IV melanoma from 25% to 60%.

You can attribute all of this to genetic therapy. In the prostate vaccine they're taking your own white blood cells and training them by inserting genetic markers to identify prostate (or other) cancers.

Not bad! However I do hope we're not seeing another Omage Man or I Am Legend scenario coming.