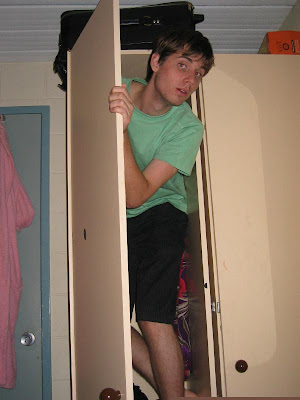 A celebrity, about to come out of the closet on May 5.
By Jennifer Vanasco, editor in chief, 365gay.com

Howard Bragman’s gay publicity machine has set up the talk show circuit for a mysterious big coming out.But who will it be?

Zap2It says the celeb is booked for People, the View and several other talk shows. Guesses have been everyone from Anderson Cooper to Ryan Seacrest to Queen Latifah.

Says Zap2It:
“In the past Bragman has helped NFL defensive lineman Esera Tuaolo, LPGA star Rosie Jones, WNBA star Sheryl Swoops and retired NBA center John Amaechi come out. He also orchestrated the plans for former “Party of Five” Mitchell Anderson, “Married with Children” co-star Amanda Bearse and aided Dick Sargent of “Bewitched” fame to come out on Entertainment Tonight. Most recently, he planned Chaz Bono’s announcement of a transition from woman to man and got the news about Meredith Baxter being a lesbian out before tabloids reported her taking a lesbian cruise. ”

Whether it matters, of course, depends on who it is. Queen Latifah or Anderson Cooper would be huge. Some C-list celebrity trying to make a comeback? Not so much. 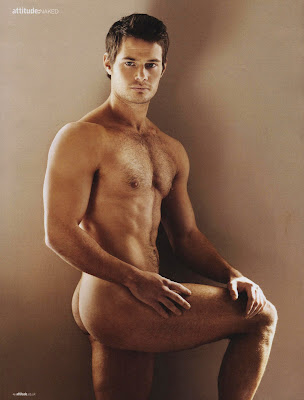 Email ThisBlogThis!Share to TwitterShare to FacebookShare to Pinterest
Labels: celebs, coming out

Am I the only one who remembers Queen Latifah coming out about 15 years ago? Did she go back in after?

I sure hope it is someone unexpected, like a high-performing professional athlete like Carson Palmer. That would be too cool.

I don't think it will be too earth-shattering. Bragman represents Johnny Weir, who has never officially come out.

Johnny has a book out soon, so I'd bet that's who it is.

As I commented on JoeMyGod's blog...I think it's Carol Channing. After all, she's just a really good drag queen. :)

queen and anderson have already come out...and ryan and johnny are assumptions...should be interesting.

me likey today's crush; I'd tap that in a second; furry alllllllll over...yum!

I hope it's someone totally unexpected!!

Geesh I hope it isn't me. Although it is kinda fun to keep going in and out, in and out, oh wait, that's something else isn't it...