What would YOU do?

A few months ago when Spouse & I were back in VA, I went to Freddie's to sing karaoke, have a few cocktails, and hang out with a few friends. It was fun!

Spouse had asked me not to stay out too late, so I decided I'd leave the bar at 11:30 which would put me back at his mom's house before midnight.

At about 11:15 I sang my last song, and then began saying my goodbyes to my buddies so I could get out of there by 11:30. As I was heading toward the door, a woman reached out and touched my arm and complimented me on the song I'd just sung. I smiled and thanked her sincerely for the compliment. She introduced herself, but I don't recall her name now. Then I looked at the man sitting next to her and I immediately got a sick, uncomfortable feeling.

I knew that man. It had been almost 20 years since I'd seen him last, and the years showed on his weary face, but I recognized him. It was 'Larry' (not his real name), one of the Elders to whom I had confessed my homosexuality almost 20 years ago.

My mind was racing. What is Larry doing at Freddie's, a primarily gay bar? What time is it?Who is this woman (not the woman he was married to 20 years ago) sitting next to him? Am I going to be late? I wonder if he recognizes me? Should I say something to him? Did I wear a jacket in here?

Larry looked at me and said "I bet you don't remember me."

"Yes, I believe I do." I replied. "You're Larry Miller." He closed his eyes as he smiled, and said "Wow, you've got a good memory!"

I decided against reminding him of the humiliation I'd undergone in front of him and the other 2 elders so many years before, as I poured my heart out and then waited for the consolation that never came. In fact, my memory was quite clear when it came to him and that terrible time in my life. It was traumatic and emotionally draining. But I wasn't mad at him at all. Not now.

"Its been a long time" I said.

"Thank you, yes I am. Happier than ever." I immediately regretted saying that, for fear that I might sound like I was overcompensating for something, the way people do when they are lying.

The tension was so thick, and I really wasn't sure I wanted the conversation to go any further, so I decided to end it. Quickly.

"Listen, I hope I don't sound abrupt, but I'm running late so I really have to go now." I turned back to the woman and said "It was nice meeting you." Then I looked back at Larry and said "And it was a surprise seeing you again."

I slipped out the door and up the street in the cold night air to my car. That's when hindsight kicked in.

Why hadn't I asked Larry how he was doing, and what he was doing? What did I have to lose?

But then I began to answer that question in my head. There were lots of possible answers. The woman could have been his sister, cousin, or some other female relative. They might not have known Freddie's was a primarily gay bar. Larry might still be an active member of the JW religion, in which case he is not permitted to socialize with me. He obviously knew my status.

But it was Larry who initiated the conversation with me. It was also he who commented that I seemed happy; something an active JW shouldn't do if speaking to someone who is no longer a JW, which he also shouldn't be doing.

Fast forward a few months to today. For some unknown reason the situation above came back to my memory. I hadn't thought about it since it happened, but today I recalled it again.

I decided to do a Zabasearch on Larry's name to see if it would return any address or phone information, and voila! There it was: Larry's name, address, and phone number. His real name is uncommon, and there was only 1 response, in the same general area where he lived 20 years ago. Also, the date of birth on the record would make him about the right age. I knew it was him.

I'm not sure I've ever been this indecisive before in my life.

What would YOU do, and why? 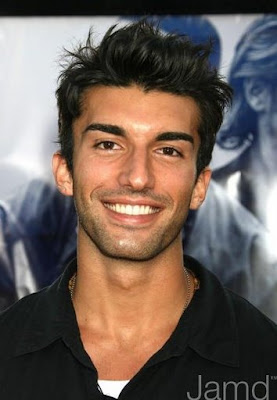 I think I would call and ask him about that day twenty years ago.
I'd ask him "Why?"

And I'd hope he'd changed.

Well, I think I would call, but I'd probably not bring up "the day." As a former JW, you know why the Elders didn't support you -- no need to relive that pain. Unless of course you intend to show him just how happy you've been since leaving the church.

What I'd want to know is what the blazes was he doing in a gay bar? And if he's not supposed to socialize with you, why did he? And why on earth would he think you wouldn't remember the man that virtually shunned you from the community you grew up in.

But that's my heart talking. My head says leave it alone. You don't want to open long healed woounds.

Why would you call him? To yell at him for being an asshole? To find out if he's gay or not? I don't see this as providing closure - just opening up an ugly chapter of your life that you have moved past. You would just be treating him like he (and the other elders) treated you - unkindly.

Look, if just THINKING about calling him is giving you this much stress - I'd say forget you ever saw him.

This guy can't provide you anything but a reminder of a hateful religion you were smart enough to get away from. Even if he IS gay and HAS left the JW religion - are you looking to be FRIENDS with this guy? If you aren't going to get anything out of contacting him - then don't do it.

Nope. He's not been a part of your life for 20 years...whhy start now except to appease your curious mind. It really, truly, doesn't matter. Unless he was an honest-to-goodness friend that you really do care about. I must say that I have many, many "Larrys" in my life. Being as brash and balsy as I am, I would ask right up front...but that's me...and certainly not everyone.

If for some reason you feel you should call in an effort to gain closure, then call. But what's done is done. He can't change what he did and you moved on and are happy now.

This isn't Someone you are going to want in your life probably-- so why call? If you see him atthat bar again someday, then chat with him.

You said all that matters to him when you left with "surprise seeing you" and "nice meeting" her.

Don't call. What would you say? Is there anything you really need to hear from him?

I agree with cb that if you see him again in that bar, chat with him. Otherwise, no reason to make yourself uncomfortable.

I don't think I would call. If I were you, I would look around at all the blessings you have in your life, Spouse, Big Ella, Jordan, Pouncer, Spouse's family who accepts and loves you and all of the friends you have both near and far. Then after you realize how great things really are, you won't really care what "Larry" was doing in Freddie's.

He's a dickwad! Would you call a Jewish or Catholic dickwad? No! So why would you call him. Who cares why he was in a gay bar? And if he's a Jehovah's Witness, why is he in any bar at all? He's either naive, stupid, or pathetic. Do you really care which?

I wouldn't call. Maybe I'd write a letter if I had some grievance to convey, but, oh I don't know, water under the bridge comes to mind.

What did you decide to do?