Thanks to a boy I read that last week Presidential hopeful Barack Obama released the following statement commemorating Pride month:

“I am proud to join with our lesbian, gay, bisexual and transgendered brothers and sisters in celebrating the accomplishments, the lives, and the families of all LGBT people during this Pride season. Too often, the issue of LGBT rights is exploited by those seeking to divide us. But at its core, this issue is about who we are as Americans.”

“It’s time to live up to our founding promise of equality by treating all our citizens with dignity and respect. Let’s enact federal civil rights legislation to outlaw hate crimes and protect workers against discrimination based upon sexual orientation and gender identity or expression. Let’s repeal Don't Ask, Don't Tell and demonstrate that the most effective and professional military in the world is open to all Americans who are ready and willing to serve our country. Let’s treat the relationships and the families of LGBT Americans with full equality under the law."

“We are ready to accomplish these goals because of the courage and persistence of lesbian, gay, bisexual and transgendered people who have are working every day to achieve equal rights. The gay couple who demand equal treatment in our family laws as they raise their children; the lesbian soldier who wants nothing more than to serve her country openly and honestly; the transgendered workers who asks for the simple dignity of being judged by the quality of their work. Generations of LGBT Americans, at once ordinary and extraordinary, have made possible this moment in our history. With leadership and hard work, we can fulfill the promise of equality for all.”

First, I was happy to see that Senator Obama took the time to notice and make a statement regarding Pride month. I doubt you'll hear John McCain saying anything like that.

Second, as I read through Senator Obama's comments, I found it hard to believe that the United States - the leader of the world - would permit any of its states to fire someone from their job for being gay, but it does, and they do. Shame on you, America.

Yet, during the Logo/HRC 'Visible Vote' interview, Senator Obama would only commit to civil unions - not full marriage equality.

But I feel it would be a mistake to refrain from voting because we don't have a perfect candidate. It is our right as citizens to express our feelings by voting for the best candidate, if not a perfect one, and that is why I will vote for Senator Obama. And hopefully one day in the not-so-distant future it will be our right as citizens to marry the person of our choice, regardless of the sex, and enjoy the same legal rights, responsibilities, and protections our parents and straight siblings enjoy. 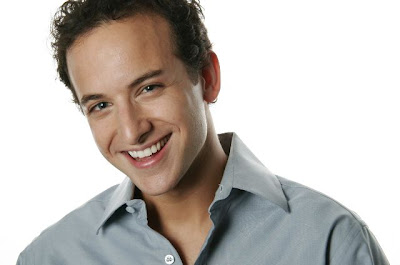 I agree, the GLBT community won't have a "perfect" candidate for the next 10,000 years but, by then, if we haven't blown each other up, we should be self-governing anyway...

However, it would be complete political suicide for any candidate to publicly endorse gay marriage. It doesn't mean they don't want us to have equal rights, it just means that it isn't a good political maneuver.

I wholeheartedly believe that, although not publicly for Federally recognized same-sex marriage, he would do all he can, at this stage in the batter for equality, to ensure we are well on our way to victory.

He couldn't possibly state that full equality should contain marriage on the Federal level because he would most definitely lose the election, and, we, having completely pissed off the Right Wing, would see our rights stripped away one by one by a conservative President.

The revolution, this time, will be baby steps.

In Barack Obama, we definitely have an ally - although not necessarily a perfect one.

People of the GLBT community who decide NOT to vote for Obama, for whatever reason, are doing themselves and others more harm than good. Being pissed off that Hillary didn't win or Obama doesn't support gay marriage shouldn't mean you stay home. Having John McCain in the White House certainly won't help us, so vote for Obama and KEEP FIGHTING!...