I have decided to stop using the term "gay marriage". In my opinion, it has become 'loaded' with all kinds of inflamed emotions and built-in resistance by conservatives. "Gay marriage" has been used by Republicans to polarize voters. I believe we will have a much better chance of achieving marriage equality if we stop saying "gay marriage" and start saying "marriage equality".

I think "marriage equality" calls to mind the fact that an inequality currently exists, and most decent Americans usually view inequality as a bad thing. So if we can keep saying that we are striving for "marriage equality" (rather than "gay marriage"), we may be able to garner the sympathy and support of more people.

By now everyone's heard about the historic marriage equality decision that resulted in a lot of happiness and joy among Californians last week as many tied the knot. I couldn't be happier for them! I was really touched by this story of a lesbian couple in their 80s who got married after being together for 55 years. Truly inspirational.

What absolutely slays me is how those conservative, right-wing, so-called "Christians" keep saying that "Marriage has a unique place in God's creation, joining a man and a woman in a committed relationship in order to nurture and support the new life for which marriage is intended. The meaning of marriage is deeply rooted in history and culture, and has been shaped considerably by Christian tradition. Its meaning is given, not constructed." (From a statement issued by the Archdiocese of Los Angeles, of the Catholic Church.)

This so completely bogus, on every point. Here's why:

This will allow hundreds and thousands of same sex couples to get married in CA and then file suit in their state of residence (if they so choose) for their marriage to be recognized there, potentially forcing many state courts to have to deal with the issue of marriage equality in their states, whether they want to or not. It will be interesting to see when this begins to happen!

Here's a hilarious satire on that crazy notion that equal rights for gays (marriage, adoption, employment, etc.) is responsible for the unraveling of the fabric of American society: http://www.youtube.com/watch?v=rixkck8QnjY

Did you notice the part about 'since we can't blame the Blacks or the Jews' (since racial and ethnic discrimination is illegal), 'we'll blame everything on the gays'? Its so true! Gays are the last unprotected minority in America, the only ones against whom you can legally discriminate. Hilarious and sad at the same time. 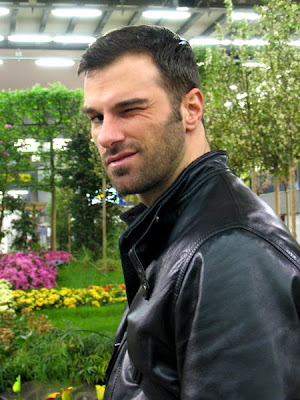 Here here. I posted on the same argument (marriage equality and equal rights, not gay marriage and gay rights) and cringe whenever I hear either phrase. Thanks for sharing the idea and spreading the word...

I absolutely agree with your comments. I like "marriage equality" because "gay marriage" implies we're asking for something different, special rights if you will. We're not. We merely want the same rights that heterosexuals enjoy.

BTW, have you seen Allesandro Calza's film Ciao? Beautifully done. Don't miss it if you get the chance.