(Oslo) The gallery at the Norwegian Parliament erupted in applause and cheers on Wednesday with the passage of legislation allowing same-sex couples to marry.

The law also recognizes both partners in a marriage as equal parents and gives lesbian couples the same access to "medically assisted reproduction" as opposite-sex couples.

Parliament voted overwhelmingly to approve the bill, despite opposition from the Christian Democrats and Progress Party.

"It is a historic day," said Labor Party member Gunn Karin Gjul who compared passage to universal suffrage which gave women the right to vote nearly a century ago.

Socialist Left Party leader Kristin Halvorsen, who serves as Finance Minister in the coalition government said the law will ensure "'equal rights" and bar all forms of discrimination. 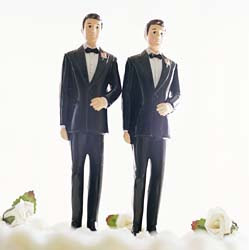 The country already allowed gay and lesbian couples to enter into civil partnerships, but LGBT rights groups had long complained the law did not go far enough and had created two classes of citizenship - one for heterosexuals the other for gays.
The new law amends the definition of civil marriage to make it gender neutral.
Under the law the Church of Norway would be allowed to bless same-sex marriages.
About 85 percent of Norway's 4.7 million people are registered as members of the state Lutheran Church of Norway, although far fewer are active.
The church is split on the issue of gay marriage, and is likely to allow each congregation to decide whether to conduct homosexual weddings, as it did last year in allowing parishes to decide whether to accept clergymen living in gay partnerships.
Passage of the law makes Norway the sixth country in the world to approve same-sex marriages. (End of story)
Mark adds: The United States, the supposed 'leader of the free world', still won't grant marriage equality to all its citizens, while Norway becomes the 6th country to grant marriage equality to all its citizens. What is wrong with this picture?
Notice too, that Norway had already passed civil partnership legislation (another step the US has rejected), but the majority felt it wasn't sufficient to ensure equal rights and ban all forms of discrimination, and it seemed to create a separate class of citizenship, so they took the final step and granted full marriage equality for all.
Go Norway!!!
Obama, Clinton, and may other Democrats who won't stand up for marriage equality say they support civil unions, which they claim will grant GLBT citizens equal rights. I fear civil unions will have the same affect in the US as they did in Norway, the creation of a second (but not equal) class of citizenship. Gays with civil unions may become the "red headed step-child" citizens, tolerated but certainly not wanted.
The 'leader of the free world' should learn a lesson from little old Norway.
Crush du Jour: Paul Schneider 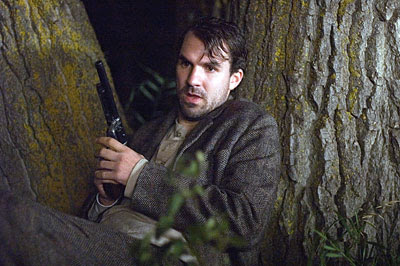 That is great news for Norwegians, and yes, I agree... If the U.S. is the supposed "Leader of the Free World", why are so many of it's citizens not "free".