My typical Weekend Highlights post is being pre-empted today in honor of our friend Rusty.

Late Sat night Rusty was riding his bicycle home when he was struck by a drunk driver and killed.  According to witnesses and the police report, Rusty was thrown onto the hood of the Jeep and the bike went underneath.  When the driver it a curb, Rusty flew off the Jeep into the street.  The driver attempted to drive away but had to stop again to pull the bike out from under the Jeep.

The police had been called by a witness and since they were nearby, they arrested the driver who refused to take a sobriety test.  An ambulance was also called and Rusty was pronounced dead at the scene.

Rusty was a dear friend and this tragedy is difficult to process.  Although he was the source of lots of fun and laughter, its hard to think of him now without tears.

Although I'd never want anything bad to happen to any of my friends, Rusty was one of the people I'd least want something to happen to.  He was always cheerful, optimistic, smiling, generous, and kind.  He did volunteer work and raised money for charities.  Rusty always joined us for birthday parties, potluck dinners, Christmas tree trimming parties, and 4th of July cook-outs.  Those events will seem a little empty in the future without Rusty. 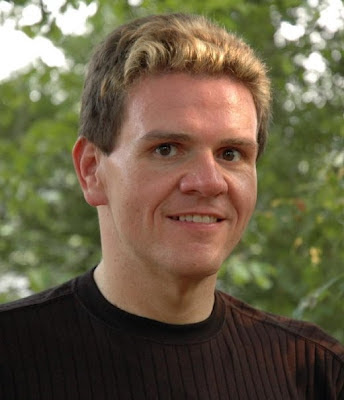 My heart goes out to you, Rusty's family, and all his friends. Here's hoping that this senseless tragedy will be a reminder for at least one person that drinking and driving do not mix.
BEHR HUGS

So sorry for you loss and my heart goes out to you and his family and friends...

So sad to hear of the demise of your friend, and in such horrible circumstances.

I hope to hell they throw the book at the driver of the Jeep.

So sorry. I had read about Rusty on Ron's Blog "Retired in Delaware" and although he didn't know him as well as you, he wrote a very nice post about him.

So sorry. I had read about Rusty on Ron's Blog "Retired in Delaware" and although he didn't know him as well as you, he wrote a very nice post about him.

Do you know each other?