Welcome to Friday fragments, my weekly recap of topics too big to forget, yet too small to be their own post.
Today's arts and crafts assignment at the old folks home: make a replica of something you love but haven't seen in years. 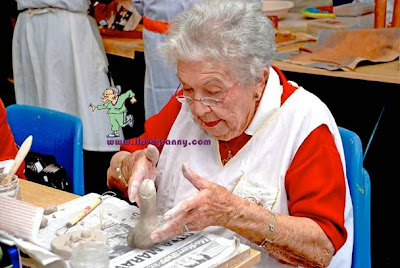 For years I have avoided sushi. Its not that I tried it and didn't like it. I always seemed to find a hundred other things on menus that sounded better than sushi. A few months ago I decided to try some to see what I'd been missing. I'm still not willing to try sashimi, but I have tried and enjoyed several sushi rolls. My friends Liz & Robert introduced me to the act of mixing some wasabi into your dish of soy sauce and then dipping your sushi rolls into the mixture. Yum!! We have 2 restaurants nearby that serve good, fresh sushi. I'm expanding my culinary horizons.

Speaking of sushi, that's what I ate last night at the birthday dinner for our friends Jason and PW at Tokyo restaurant. Tokyo is one of those hibachi places where the chef cooks the meat, rice, and veggies in front of you on a hot griddle while entertaining the diners with his antics. Rather than having the meat, rice, and veggies, I opted for sushi which I really enjoyed. The chef was a lot of fun and all 17 of us had a great time.
After the birthday dinner, Bryan & Jason, Vince, Kevin, and Spouse & I went to karaoke hosted by a drag queen named Mona Lott. It was great fun, and it got me to thinking about old school drag queen names. By 'old school' I mean drag queen names that are funny and kind of double entendres like Mona Lott, Bertha Venation, and Iona Trailer. THOSE are drag queen names!! I'm rather unimpressed by the 'new school' drag queens whose names sound like soap opera characters instead of drag queens. Dominique Devereaux, Rachel St Claire, and Miranda Michaels sound like they're trying too hard.
Yesterday I wrote about my neighbor Spencer's house ('cabin') being demolished and I wrote that I thought the cabin was 60-70 years old. This morning I saw one of my other neighbors who grew up in this neighborhood. She told me that Spencer's father purchased the cabin in 1969 and had it moved to the lot across from me. When the beach front land was being sold to developers, the existing cabins residing on that land were offered to locals for free, with the stipulation that they had to be moved off the land. So Spencer's father had the cabin moved from the beach and added on the back porch, which later got enclosed.
I recently learned that some of my gay male friends were big football fans and were looking forward to the upcoming football season. After coming across this photo... 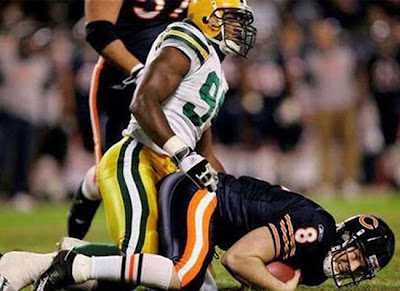 I can see why football interests them so much! Just kidding... happy Friday everyone!
Crush du Jour: Ross Thomas 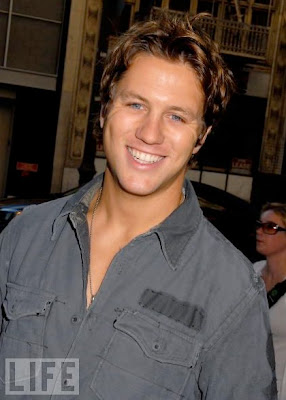 the crush is a pretty boy with no chest hair...meh.

that first pix is a ROTFLMFAO moment!

have a great weekend!

That's MY football photo!! (stolen from the internets)

and the granny's penis is actually quite detailed.

Add a little pickled ginger in with the wasabi and soy sauce and it's even better.

Tuna and yellowtail sashimi is delicious- you must try it some day.

When you're ready to step up to sashimi, just go with the tuna. You'll love it.