Early apartheid South Africa is an unlikely place to be free. Yet here’s Amina, scandalizing her conservative Indian community by living as she pleases. They gossip about her wearing men’s clothes and taking women lovers; they wonder if she’ll ever marry. Furthermore, Amina owns a successful café with her “colored” business partner, Jacob. To skirt the law, they pretend he is just an employee. Into this haven of rebels comes young wife and mother, Miriam, who stuns Amina with her shy beauty. Their immediate mutual attraction surprises them both. Seeing such a self-possessed Indian woman makes Miriam think and feel things she hasn’t before. She discovers just how imprisoned she is in her traditional marriage and starts to look for ways to have her own voice and enter the larger world. As the two women get to know each other through a series of driving lessons, passion ensues, and events soon force them to stand up to the ever-vigilant and volatile apartheid police. Bringing her award-winning novel to the screen, director Shamim Sarif gives us fully-realized characters resisting dehumanization in a touching story of the daily fight for liberation and its immediate rewards, where the beauty of the surrounding land belies the turmoil in a system built on fear, hatred and separation.

I loved this film! The cinematography was beautiful, the acting honest, and the female leads were stunningly gorgeous. Since apartheid ended about 20 years ago, it was easy for me to forget how terribly and unfairly people were treated them. This film is about trying to be true to one's self regardless of the circumstances and consequences. Highly recommended!

Seventeen-year-old Jesse lives in Newcastle, the center of Australia’s booming coal industry and home to some of the country’s most beautiful surfing beaches. The stark contrast of these surroundings encapsulates Jesse’s choices in life: will he become the champion surfer his older brother Victor failed to be, or will he follow in Victor’s footsteps toward bitterness and self-destruction? As Jesse grapples with his own self sabotaging tendencies, his twin brother Fergus struggles with his own sexuality while trying to fit in with Jesse’s surfing crowd, and Victor strives to overcome rage over his failed dreams. When Jesse and Fergus decide to sneak away for a weekend to camp out and surf with a group of friends, they set off a chain of events that could change their lives forever. After Victor unexpectedly arrives on the scene, new relationships are formed, friendships are altered, and the brothers may never see each other in the same way again. Born in Newcastle, Delaware, writer and director Dan Castle crafts an impressive feature debut, combining the ravishing elements of surfing movies with a compelling family drama. The cast is an incredible ensemble of up-and-comers that make both the visceral surfing sequences and tender emotional scenes seem effortless. While the brothers’ complicated relationship forms the crux of the film, the waves and the beaches of Newcastle can also rightly claim a starring role.

I liked this film. I found each brothers' personal struggles as well as their shared family struggles to be interesting and timely enough to keep my attention. The cinematography in this film is spectacular, and the fit, tanned surfers in board shorts were easy on the eyes! This is a good example of a film that contains gay characters, but is not a gay-themed film. Recommended.

Were The World Mine

Timothy is a gay boy stranded in a private, rugby-obsessed boys’ school. But there’s just one thing about rugby he’s obsessed with: the über-hot Jonathan. Both boys are students in Ms. Tebbit’s English class. She’s a teacher with a mission: to excite her students with the literature of the ages. When she decides to cast these two boys as the romantic leads in her production of Shakespeare’s A Midsummer Night’s Dream, you know she’s just as mischievous as Puck himself. The rugby coach and townspeople are up in arms, and Timothy sends himself off into musical gay fantasies that look as if they’re designed by Pierre et Gilles. But Timothy just can’t get the language right, and Ms. Tebbit advises the boy to let the words work their magic. They do just that as Timothy finds in the script the recipe for a potion to make people gay! One spritz from Timothy’s magic pansy and the person goes totally queer. The entire town (filled with Christian fundamentalists) is whipped into a frenzy as the glorious production night approaches. This deliciously surreal confection is steered by first-time co-writer/director Thomas Gustafson, whose award-winning 2003 short Fairies inspired this bit of magic. The musical numbers are over-the-top, production values are first-rate and the acting is as flawlessly beautiful as the boys. We know the Bard would appreciate this totally queer take on his immortal tale of mayhem.

From the description above, I had higher hopes than this film could deliver. The musical numbers just didn't gel for me, and I found them to be anything but 'over-the-top'. (A much better example of a contemporary story with 'over-the-top' musical numbers would be '20 Centimeters'.) The ending was rather typical, and didn't feel genuine to me. I would only recommend this film if you are a crazy fan of 'A Mid-Summer Night's Dream'. Otherwise, add '20 Centimeters' to your Netflix queue.

Godfrey Cheshire’s richly-observed film about his family’s Southern plantation and the colossal feat of moving it to escape urban sprawl is a thoughtful and witty look at the lingering remnants and still-powerful mythology of plantation culture and the antebellum south. An award-winning film critic turned film maker, Cheshire uses the relocation of his family’s
North Carolina plantation house to embark on a surprising and multi-layered journey. While observing the elaborate, arcane preparations for moving a centuries-old house over fields and a rock quarry, unexpected human drama from both the living and the dead emerges. A chance encounter leads Cheshire and his cousins to discover a previously unknown African-American branch of the family, who have their own take on Midway and its legacy. Through the use of movies and music, and by turning the camera on himself and his family, Cheshire examines the Southern plantation in American history and culture, including its impact on areas as diverse as music, movies and contemporary race relations, and how the racial legacy from the past continues into the present. Part present-tense family drama, part cultural essay, the film also involves an ongoing dialogue between Cheshire and Dr. Robert Hinton, an African-American history professor whose grandfather was born a slave at Midway Plantation.

I enjoyed this film for two very different reasons. I'm fascinated by the act of moving a large plantation house without destroying it, and I found the family history and revelations of African American relatives interesting. I found it curious that Cheshire's mother says during an interview that her ancestors 'were very kind and nice people' so she's sure they did not treat slaves badly as others may have. Its amazing how some attempt to rewrite history! Fortunately Cheshire's African American cousin Robert Hinton sets the record straight. If you like family history/genealogy and/or the moving of houses, you'll like this film. 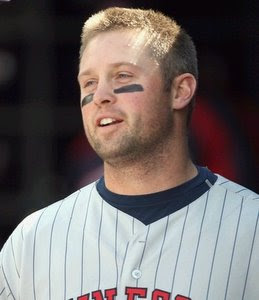 I saw Newcastle. It was fine, but didn't really do anything for me. Unlike your crush du jour.