Pray away the gay?

ANCHORAGE, Alaska — Gov. Sarah Palin’s church is promoting a conference that promises to convert gays into heterosexuals through the power of prayer.

‘‘You’ll be encouraged by the power of God’s love and His desire to transform the lives of those impacted by homosexuality,’’ according to the insert in the bulletin of the Wasilla Bible Church, where Palin has prayed for about six years.

Palin’s conservative Christian views have energized that part of the GOP electorate, which was lukewarm to John McCain’s candidacy before he named her as his vice presidential choice. She is staunchly anti-abortion, opposing exceptions for rape and incest, and opposes gay marriage and spousal rights for gay couples.

Focus on the Family, a national Christian fundamentalist organization, is conducting the ‘‘Love Won Out’’ Conference in Anchorage, about 30 miles from Wasilla.

Palin, campaigning with McCain in the Midwest on Friday, has not publicly expressed a view on the so-called ‘‘pray away the gay’’ movement. Larry Kroon, senior pastor at Palin’s church, was not available to discuss the matter Friday, said a church worker who declined to give her name.
Gay activists in Alaska said Palin has not worked actively against their interests, but early in her administration she supported a bill to overrule a court decision to block state benefits for gay partners of public employees.

At the time, less than one-half of 1 percent of state employees had applied for the benefits, which were ordered by a 2005 ruling by the Alaska Supreme Court.

Palin reversed her position and vetoed the bill after the state attorney general said it was unconstitutional. But her reluctant support didn’t win fans among Alaska’s gay population, said Scott Turner, a gay activist in Anchorage.

‘‘Less than 1 percent of state employees would even apply for benefits, so why make a big deal out of such a small number?’’ he said.

‘‘I think gay Republicans are going to run away’’ if Palin supports efforts like the prayers to convert gays, said Wayne Besen, founder of the New York-based Truth Wins Out, a gay rights advocacy group. Besen called on Palin to publicly express her views now that she’s a vice presidential nominee.

It surprises me that educated, thinking people can still be under the delusion that homosexuality can be 'prayed away', or removed via 'reparative therapy'.

My experience as a teenage and 20-something year old includes hours and hours and hours of praying for a cure for my homosexuality. For nearly 20 years I prayed earnestly and incessantly for a change.

The 'change' finally came when I was 29, but it wasn't the change I'd prayed for. I was still gay, but God changed my perception of myself. I realized there was no reason to change who I was, only a need to change how I understood and valued myself. 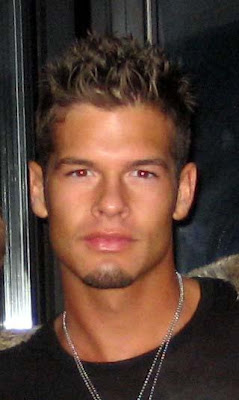 I tried praying the gay away, but all that kneeling in a catholic church got me into even MORE trouble!

Palin is a whiye trash bitch who looks like a hartlette. I soooooo tired of hearing about her already and she needs to go away. You and I will have to share Preston though. That should keep my mind off her!

Well put. When I was young I used to pray so hard to make me a hetero. God answered my prayers finally, when I finally came to terms with myself and came out.

It fascinates me that the stronger the religious view held by an individual, the stronger is the level of intolerance of that person to difference.

I went to go pray the gay away in my early 20's and ended up sleeping with 1/2 the prayer groups guys al the while fighting off the girls--serious!!