I'm sorry if it seems like I've been 'phoning in' my posts this week. One of my colleagues was out for 2 days, so of course that is when other depts decided they absolutely need something from this absent colleague, so its 'Mark to the rescue'.

Additionally I have not felt well this week. It started out as sinus drainage and a sore throat. No congestion. So I asked the pharmacist for an over-the-counter suggestion. She suggested Claritan or Zyrtec since I had no congestion, so that's what I bought. I even remembered a commercial that recommended not taking medicine designed for symptoms you don't have. I've taken in for 3 days now and its really helped. Of course, today I am all about the congestion, so now I wish I'd gotten something else.

My friend Jared sent me this bumper sticker, which made me laugh out loud. Where can I buy one?

He also sent me this t-shirt recommendation, which I also found funny, but a little sad too.

But since funny always trumps sad, I'm sharing it with you guys.
Speaking of the gays, it was a big week for marriage equality! ME became the 5th state to adopt marriage equality legislation. And check out the Governor's comments on the topic. Gotta respect him! Also this week DC voted to recognize same sex marriages performed elsewhere. It looks like they will also be gearing up for marriage equality for residents there, too. Keep your eyes on NH, NY, and NJ too.
I watched the premier of "The Fashion Show" last night, and I gotta say, I was kind of disappointed with the 'talent' of the designers. Maybe its too soon to say, but it doesn't appear this show has drawn the same calibre of designtestants as its inspiration "Project Runway". I would like to make 2 predictions regarding TFS catchphrases. You know how Tim Gunn has 'Make it work' and Heidi Klum has 'One day you're in, the next day you're out'. Well, I predict that Isaac Mizrahi's weekly catchphrase said to the eliminated designtestant will be "I'm sorry, but we're just not buying your design." Kelly Rowland's weekly catchphrase said to the surviving designtestant in the bottom 2 will be "You're still in the competition, but you're hanging by a thread." I recommend you watch and see what happens. God, I watch too much TV.
We're in a bit of a Mother's day dilemma this year. Typically we'd spend the entire Mother's Day weekend with Spouse's mother and family. But this year several of the circumstances are different. Spouse's oldest brother has been unemployed since his 5-day jail sentence for DUI, and basically has been living with/mooching off of his mother. Again. This makes for an uncomfortable and stressful visit for us. Spouse's 2nd oldest brother claimed he and his family would be evicted 2 days ago if he didn't pay his back rent. Again. This is one of many lies he's told before and will tell again to get money to support his drug habit. Although he works, it is apparently not enough money to pay his modest rent, utilities, buy food, and drugs. His wife does not work, nor has she ever, although she is physically capable of doing so. This makes for an uncomfortable and stressful visit for us. Spouse's sister will be tied up with her family since her husband is returning from an overseas work trip tomorrow, so she and the kids will not be available on Sat to hang out with us. This makes for an uncomfortable and stressful visit for us. So, we are considering simply driving the 2 1/2 hours and having a Mother's Day meal with Spouse's mom, and then driving the 2 1/2 hours back home the same day. That is my preference. But if I know Spouse, he will feel guilty about doing this and will try to figure out how we can go tomorrow without being bothered with his siblings, which is impossible. No matter how you slice it, this is not going to be a great Mother's Day weekend.

My friend Tony sent me this delicious little ditty. Keep in mind as you read this that this 'genius' probably drives, votes, and may have reproduced. 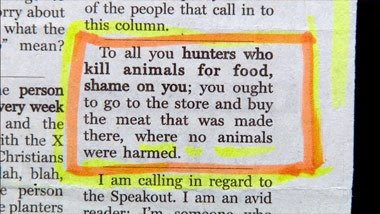 Spouse came home from work at noon today and we went out to lunch together. One of the local spots was having a $5. lunch special so we took advantage of it. It was a nice change of pace.
Happy Friday, and have a great weekend!
Crush du Jour: Sergio Garcia 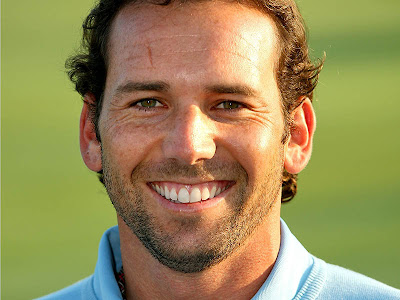 don't be ripping on Bachman-- she represents my state!! Oh.

Happy Weekend to you boys too...I bet it will all work out....Its all about mother-remember that...Hubby and I are going over on Sunday to do mums planting pots for her-- she is much to sick to do them and wants them done so she has some flowers to look after and care for..I am hoping she has the energy to at least go to the Nursery to help pick what she wants out and maybe brunch...if not we will do something for her at home...Its all about mum

Hope you're feeling better and that the weekend turns out better than expected! :-)

I agree with RAD, Mother's Day is all about mom. So even if you feel somewhat uncomfortable, it's not about your comfort zone but about your spouse's mom. She would feel happy of having most of her family together...

I, too, hope you're feeling better and that the weekend isn't too stressful!

I hope that your plans went well. I suppose it would be even more stressful if you dropped in on your mom ; )

That was my experience about sex and marriage.