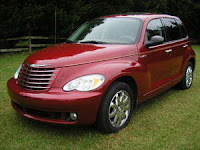 About 2 months ago Spouse had an issue with his car, a 2006 Chrysler PT Cruiser.  It stalled on him and all the lights and gages on the dash lit up.  He started the car again and drove on, but found that a couple of unrelated dash lights stayed on:  the parking break light, the airbag light, and the check engine soon light.  I also noticed that the turn signals light up each time you apply the brakes.  We took the car to our mechanic who reported that all the seemingly unrelated items were indeed related... to the computer.  He said the computer needed to either be reset or replaced, but it would need to be plugged into the diagnostic machinery at a Chrysler dealership to know for sure which one.

The car is in decent condition otherwise and still drives fine, but it has more than 90K miles on it and we're anticipating that the cost of replacing the faulty computer may be more than the car's actual value.  So we decided we'd trade it in on something else rather than putting the money into fixing it.  We contacted our friend Bryan who owns a used car dealership nearby and told him what Spouse wanted: a Mercedes Benz ML350.  Within a few days Bryan sent us a description and photos of the vehicle and we got excited.  A week later it arrived at the dealership, but several more days went by without Bryan telling us our car was ready for pick-up.  He discovered a 'known issue' with some vehicles this particular year and model, and sure enough - this one had the issue, so he was sending it back.

A week or so later we got another email from Bryan with a description and photos of a similar vehicle.  We were excited as we waited to hear more.  Two weeks later the vehicle finally arrived.  It turns out the vehicle was mistakenly shipped to another dealership with the same name, but in a completely different state!  After several more days of waiting, Bryan informed us that his mechanic found a transmission problem with this vehicle that would be costly to repair, so he was sending this one back too! 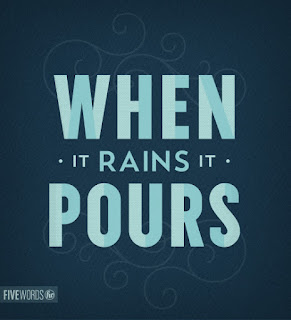 Yesterday I got a 3rd email from Bryan with a description and photos of yet another similar vehicle.  We're crossing our fingers this one arrives and checks out clean!  It feels like we've been anticipating a new car for a month now. 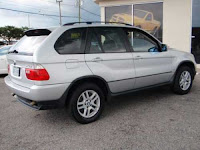 While all of this has been going on, I sent my 2006 BMW X5 to the dealership to have a recall item addressed and to diagnose and fix the check engine soon light.  The next day I got my car back and the following day the check engine soon light came back on!  That day I received a follow up email from BMW America regarding my service appointment, so I explained the situation.  They apparently called the dealership who contacted me about getting the car back.  This time I took advantage of the free loaner car.  After all, I'm a real estate agent and can't be without a car for more than a day. The driver arrived with a 2015 BMW X5 for me to use, and drove off in mine car.  Two days later they said the check engine soon code indicated changing something different this time, which they did, and would be delivering my car back to me.  However, on the drive from the dealership to my office, the light came on again so the driver took my car back to the dealership.

A few days later the service advisor admitted that they were having trouble diagnosing the issue and had reached out to the BMW field rep for help, and asked for my patience as they were committed to making it right.  Today I received an update indicating they'd had replaced something else, but instead of returning it to me right away, they wanted to drive it around this weekend to be sure the fix was sufficient.  So I've been driving this brand new gadget-filled BMW for 10 days now, and should get my car back on Mon.

cars suck these days; wish they still made cars like big ella!

Car woes! Nothing is worse than having a car that's ill.

Two years ago, hubby's transmission in his truck began the early indications of needing to be replaced. But the truck had mega high miles and he decided it wasn't worth it to repair it. His workplace has a deal with the Ford dealership in town which amounted to $5,000 off. He's only been a Chevy truck sorta guy, but 5 grand was a big carrot. The truck worked well, until the first large cold snap, around -25 below. The heater stopped putting out hot air, was tepid at best, the check engine light came on, and a whole host of wee issues. He took it in, they changed something, it had warmed up by then and the truck worked a charm, until it got cold again. After having it in the shop 5 times, they finally told hubby there seemed to be no fix for it, and to stop bringing it in!

I think our record for a new loaner from Benz was four weeks, that time they misplaced our car, the computer said we had it back, it was parked in the second row and the service manager was on vacation for two weeks. In the mean time we were driving a new GLA. We have a CLA on order for factory delivery later this summer.

Well, what happened to the car? Did it get fixed finally?