Tonight I went to the Blue Moon to see Kimberley Locke perform!

Since the Blue Moon's performance space is limited, its a wonderfully intimate venue for live performances like Kimberley.  There aren't any bad seats, and all of them are close enough to see her facial expressions.

Ever since her appearance on American Idol Season 2 I have enjoyed Kimberley's voice. 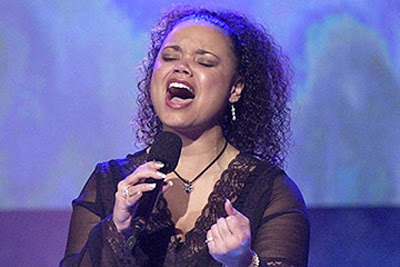 She has just enough soul and just enough pop to be able to glide from genre to genre and not get "typecast" in a particular type of music.

As soon as she began to speak to the audience tonight I could tell by the nasal sound of her voice that she was sick.  She apologized to everyone for her 'weird-sounding' raspy speaking voice but assured us that her singing voice was still there. 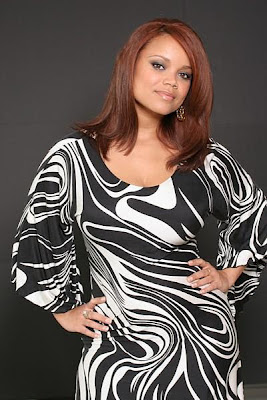 She told stories in between songs and really connected with everyone.  She took us through her journey from American Idol to the present and made everyone laugh too.  For a minute it felt like we were sitting in her kitchen chit-chatting the way good friends do.

Her singing voice sounded amazing and the show was really enjoyable.
Posted by Mark in DE at Thursday, August 16, 2012

She was one of my all-time fav Idols and love the two albums I have of hers. I need to listen to them again, it's been too long.