Here are the Festival's film synopsis, followed by my comments, for the films I saw yesterday.

Prodigal Sons
Filmmaker Kimberly Reed dives headfirst into an unflinching portrait of her family that is absolutely engrossing and marks her coming-out, in more ways than one. Returning home to a small town in Montana for her high school reunion, Reed hopes for reconciliation with her long-estranged adopted brother. But along the way Prodigal Sons uncovers stunning revelations, including a blood relationship with Orson Welles and Rita Hayworth, intense sibling rivalries and unforeseeable twists of plot and gender. Reed’s rare access delicately reveals not only the family’s most private moments, but also an epic scope as the film travels from Montana to Croatia, from jail cell to football field, from deaths to births. Reed’s compassionate vérité style of filmmaking captures the lives of her family in such an organic way that their exceptional and challenging stories puncture the surface of our expectations. Questions of sexual orientation, identity, severe trauma and family love are effortlessly explored as the subjects freely open up their lives to the camera. Raw, emotional and provocative, Prodigal Sons offers a moving, illuminating examination of one family’s struggle to come to terms with its past and present.

This documentary was chock full of intricate family relationship issues, which I found to be very interesting but also heart-wrenching at times. Kim seems burdened not only with her own issues as a transgender woman, but with those of her adopted older brother, whose teenage head injury and emotional baggage has left him feeling like the consummate victim. Very real; very gripping. On a scale of 1-5 I gave this a 4.

Big Gay Musical
Paul & Eddie have just begun previews for the new Off-Broadway musical Adam & Steve: Just the Way God Made ‘Em. Their lives strangely mirror the characters they are playing; Paul is looking for the perfect man and Eddie is dealing with how his sexuality and faith can mix. After yet another disastrous dating experience, Paul has an epiphany. He is done dating & just wants to be a slut like the sexy chorus boys that share his dressing room. Eddie has to tell his parents that he’s gay and is starring in a show that calls the Bible the “Breeder’s Informational Book of Living Examples.” Eddie comes out to his family and Paul goes on the internet. Eddie’s parents are destroyed by the news and Paul can’t even have a good one-night stand. But after musical numbers with scantly-clad tap dancing angels, a retelling of Genesis, “teleevangelists”, a camp that attempts to turn gay kids straight and a bunch of show tunes, everyone realizes that life gets better once they accept who they really are: just the way God made ‘em!

This was a silly, fun film full of major eye candy and cleverly funny lyrics. Don't expect a complicated plot; just enjoy the scenery. On a scale of 1-5 I gave this a 3.5.

10% Shorts, consisting of:
A Day at the Beach
Boy Meets Boy
Clouded
The Island
Falling for Caroline
James
Make A Mate
Little BFFs
Evelyn Everyone
Second Guessing Grandma
For a short description of each 'short', consult the program guide. I was disappointed my most of the shorts. I really only liked 4 out of the 10. If I had been on the panel to select which shorts would be seen, I would have only voted to show Falling for Caroline, James, Evelyn Everyone, and Second Guessing Grandma. 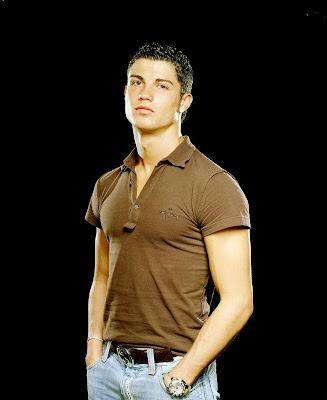