So I log into Blogger yesterday or today (I forget which) and happen to see this notice at the top of the dashboard about a change to blog content beginning in late March.  I clicked on the link and read the notice.  Blogs that contain nudity that isn't considered 'artistic' or 'educational' will have to either remove that content or Blogger will make the blog private.

I guess it remains to be seen how 'artistic' is defined.  I mean, I find almost all nudity to be artistic.

The interesting thing is that some blog writers received the notice via email, indicating their blog would likely be affected.  I did not get the email, so I'm assuming mine is not affected, but I'm really not sure.  My blog does not contain nude genitalia so I do not have content advisory that other blogs do.  Maybe that has something to do with it.  But my blog definitely does have nudity, so I'm not sure if nudity without showing genitalia is 'artistic' or not. 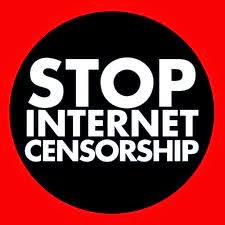 But I must say that I find all of this disappointing and bothersome.  YouTube and Facebook have always censored content and prohibited nudity.  I believe a big part of Blogger's popularity has been the fact that it did NOT censor content.  Blogger writers have been able to say and post whatever they want, be it 'artistic', 'educational', titillating, or smutty.  Its the very reason why we're HERE and not on Facebook and YouTube.

If blogs are forced to go 'private', how does a blog writer invite readers to the newly private blog?  How does a reader ask to be invited to a private blog?

I guess the other option is for blog writers to change platforms.  But whose to say that WordPress and other blog platforms won't follow suit?

I'm really not sure what to think about this whole situation, but I definitely feel disappointed that Blogger has decided to censor blog content.
Posted by Mark in DE at Wednesday, February 25, 2015

I just read that Google is rethinking this new Blogger nudity or whatever business.

I got the same message and I have NO nudity on my blog!

I also read yesterday that google has backed down in the face of thousands of bloggers demanding the right to publish what they wish WITHOUT censorship.

as bob has said, it may not be an issue after all...still, i've got my evacuation route up already.

yes, I too saw the message at the top of the dashboard, but not actually got the email. While I don't have nudity a lot, I do sometimes have some risqué picture for the houseboys and such, so I didn't know for sure. But I was and am still a bit upset by this, and am considering setting up a wordpress just in case. In this day and time it's hard to digest a corporation telling people how to express themselves , their freedom of speech and their art forums. My of my drag friend have also been having problems with facebook because of their drag name not being real. Many had accounts deleted. What Facebook doesn't understand is that for many queens, it's their way of promoting their personality and their show times of where and when they will be performing. Hence a mass exodus from FB to the much more FABULOUS Dragbook. I have yet to go to the dark side. Eventually I feel all these platforms will be dictating what we can say or post.