Memories of Halloweens past

I'm disappointed that Spouse & I will not be able to participate in any fun Halloween activities this year. My cousin's wedding and reception is from 4:00-9:30 on Sat. When its over we will have about an hour's drive to get back to Spouse's mom's house where we're staying so I'm sure he will not want to go out anywhere after we've gotten out of our suits and ties.

So instead of doing anything for Halloween this year, I am just going to relive some fun memories from Halloweens past.

This is me & Spouse last year dressed as Barney Rubble and Fred Flintstone. We wore these costumes to 2 different Halloween parties last year. (All photos on this page may be clicked to enlarge.) 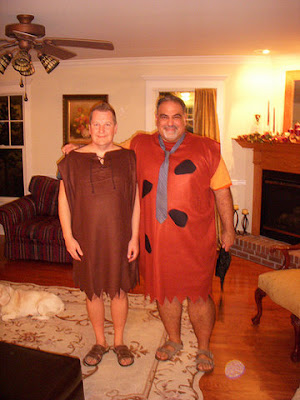 The Barney and Fred costume idea was Spouse's. I could have thought of at least 100 other (read: better) costume ideas, but acquiesced since I knew Spouse would be more apt to actually participate if he were happy and comfortable in his costume. We used fleece throws from Wal-Mart, sewn with the help of our friend Bugsy, and I used iron-on patches for the spots on Fred's tunic. At the party people only seemed to 'get' my costume if I was standing with Spouse. Alone my costume was ambiguous, and I was asked if I were a monk and John the Baptist. So I tried to stand and sit near Spouse the rest of the time.

Here's a photo of my Halloween 2006 costume, sandwiched between Richard Simmons and the Bride of Frankenstein. 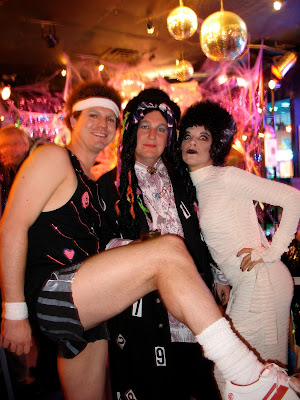 The scary part of it is that I put together the Boy George costume completely from clothing Spouse & I already owned! The only thing I bought was the wig and the stick-on numbers. I won 1st runner up in a costume contest at Freddie's Beach Bar.

Back in 1996 I talked 5 of my female co-workers into dressing up with me as The Village People. I'm the Cowboy on the right. The other 5 are females! Check out the Leatherman with the huge mustache. 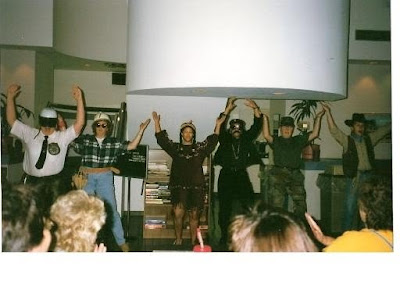 In this photo we're lip-syncing the song "Y.M.C.A." and doing simple choreography in the breakroom at work. I'm not sure I've ever laughed as hard or as long as I did that day. Good times!
In 1994 I dressed as a patient in a hospital bed. 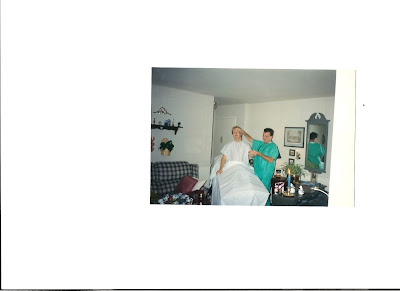 I'm actually standing up in this picture. The 'bed' is made of cardboard, with a whole in the middle in which I'm standing. I have rope suspenders over my shoulders, holding the 'bed' up. The 'legs' are panty hose stuffed with plastic bags. I won 1st place in a costume contest with this.
I hope everyone has a fun and safe Halloween. Don't forget to take pictures and post them on your blogs! 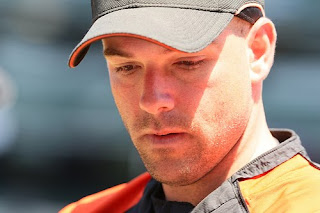 You two look adorable as Fred and Barney!

Love the photos! Best post of the day! I could get into George......

The patient in a bed costume is genius! How creative! I've never been good at costumes, and am in awe of those of you who are. Hope you enjoy the wedding and reception, and this gives you a whole year to work on costumes for 2010.

Great costumes! Me, I never got the costume thing.

Probably because as a kid I was more the mischievous type during Halloween. Ever see a kid dressed as a die get stuck in a stairway? I have.

In that first one I thought maybe that was pigpen and the great pumpkin... Kidding!

You two really get into the whole costume thing! So creative! Very cute Fred and Barney. That was funny about your stand-alone costume being confusing. Thanks for posting these! You guys are role models for how couples should be!