Gay marriage is good for the economy

I found this article very interesting and encouraging. It prompted me to write a short email to my Governor, encouraging him to recommend marriage equality legislation in DE.

Study: Gay marriage cash cow for Mass.
selected excerpt:
A study by a noted university think tank has found that same-sex marriage in Massachusetts has resulted in a $111 million windfall for the state’s economy.

The study was one of two by the Williams Institute at the UCLA School of Law showing the state has significantly gained as a result of the legalization five years ago of gay marriage.

The state’s Supreme Judicial Court ruled in 2003 that banning same-sex marriage was unconstitutional and gay and lesbian couples began marrying the following year.

That made Massachusetts the state with the longest record of same-sex marriage and research over the past five years has provided an insight into what other states could expect as a result of marriage equality.

Since the small state of DE where I live is one of many states suffering from a crushing budget deficit, I sent our newly elected Governor, Jack Markell, the following email:

"As a resident of DE and a supporter of your campaign for Governor, I am writing to encourage you to recommend the legalization of same sex marriage. Marriage and its rights and responsibilities should be granted to ALL citizens, regardless of whether their loved one is opposite sex or same sex. Marriage equality is a civil rights issue, not a special rights issue. Its the right thing to do.

Further, I wish to call your attention to a recent study which shows that $111 million has been spent on same-sex weddings/marriages in Massachusetts in the last 5 years. http://www.365gay.com/news/study-gay-marriage-cash-cow-for-mass/ With Delaware's significant gay and lesbian population, legislating marriage equality in Delaware cost help reduce its $800 million deficit and attract more full time residents to our state.

There are many other benefits to legislating marriage equality and I would welcome an opportunity to share more of them with you or your appointed representatives."

I'll post more on this if/when I get a response. 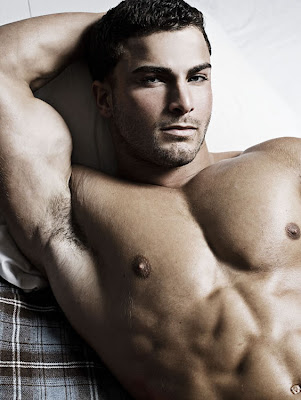 What about the biggest revenue generator of all-- gay divorce??

Like cb said, divorce will also generate income for the states that allow same-sex marriage. I don't consider the divorce factor as a deterrent to our argument for equal rights; we're people, just like the str8's, and we're not perfect, just like the str8's. I've known of some very messy same-sex breakups, and the benefit of marriage would have limited the collateral damage those breakups caused. Let's not get down on gay marriage just because str8 marriages often end in divorce. It will happen to us, too. There's no shame in that, because we are people, too.

The RI legislature and governor are also intractable regarding this issue.

And of course GLAD thinks our judiciary is hostile to the cause. There has really been no challenge to the RI EHCNDA other than three cases in the last 13 years. And one of those cases is the Ormiston v. Chambers case where a Superior court justice told the women that if they argued against the Family Court Act of 1967 using their state Constitutional rights, then the courts would have no option but to overturn the act.

So what is left us? Armed rebellion.

But WAIT...I thought we were financial liabilities and were going to cost our nation something???

Keith O had a piece about this on his show other night. Billions of dollars would be spent for the weddings, and that's also true about divorce. I've done my part for the economy with both a wedding and a divorce and a baby.

I'm sorry. I was distracted by the sight of Alex Pirolozzi. You were saying? ;-)