Well, the event I look forward to every year, for an entire year, has finally come: the Rehoboth Beach Independent Film Festival!

Why do I like this film festival so much? There are many reasons, and I'm sure I've written about this before, but I can't find it in my blog because I don't use tags (why don't I use tags?). But suffice it to say the chief reason is because the films are independent, so they are not restricted by the MPAA, and can address taboo topics and niche interests that would never make enough money for Hollywood. This particular indie film festival is supported by lots of gays and lesbians so there are always many film choices that appeal to the GLBT community.

Last night was the opening night, or 'Locals Night', where locals are encouraged to stop in and see a film before all the tourists and summer home owners arrive for the 4 day film festival. As I've done for several years, I've taken off work Thurs & Fri so I can see as many films as possible. And, as I've done for several years, I'll provide you with the festival synopsis of each film I see, followed by my own thoughts. I encourage you to add the films that interest you to your Netflix queue.

For opening night I saw:

The Amazing Truth About Queen Raquela

A Filipina “lady-boy” blessed with extraordinary beauty and grace, Raquela Rios makes her living by walking the streets and serving a clientele with exotic tastes. Alas, this self-proclaimed queen dreams of far bigger and better things, so when she’s recruited by a fellow transsexual to join the lucrative world of Internet porn, Raquela puts on a nurse’s uniform and dives in headfirst. Her online popularity skyrockets, and soon she’s off living a life of odd
adventures — traveling to Iceland, working in a fish factory and, finally, fulfilling a lifelong dream to see Paris. And once the site’s New York-based owner takes a shine to her and
visits her in the City of Light, Raquela may even find true love. Part fact and part fairytale, Olaf de Fleur Johannesson’s dazzling docudrama blends gritty vérité and fictional flights
of fancy to chronicle this truly transtastic character’s life. Actors trade lines with sex-industry professionals, key moments are recreated with a certain dreamy liberty, and you’re never sure whether you’re watching reality or fantasy. What’s never in doubt is the sense of empowerment that Raquela — playing herself, natch — brings to every encounter and interaction in which she engages. Winner of this year’s prestigious Teddy Award at the Berlin Film Festival, Johannesson’s tribute to Rios truly earns the titular adjective; it’s amazing from start to finish. All hail the Queen!

Unfortunately, this was not quite the 'opening night' film I was hoping for. In fact, on a scale of 1-5 I'd give this film a 2. Rather than seeing Raquela as 'empowered' and strong, I found her to be optimistic to the point of appearing foolish. With no plan for her life except to be "marry a rich man, go shopping all the time, and live a life of luxury" she aimlessly drifts from prostitution to internet porn. It might have been more palatable if it were completely fiction, but this film is a hybrid of documentary and drama, starring Raquela herself. I realize it was part documentary, but the production value was quite low. Often times the dialog could barely be heard over the traffic and 'nature' sounds in the outdoor scenes. The characters also continue switching between 4 different languages, but this was easily overcome by the captions. I would not recommend this film. 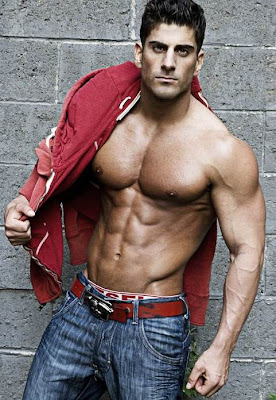 We totally missed out on Portland's Gay and Lesbian film festival last month....it ran a whole week. And there was another one earlier in the year. I love the wide variety of films that it brings in.

Enjoy the weekend of films.Philadelphia also has a Gay and Lesbian Independent Film Festival which is very nice. And I loe your Crush. He is from David and I,hometown of Harrisburg. I would love to run him ;)

Hope you have better luck with the other films.

This makes me miss the North Carolina Film Festival...