I do not understand

I'm thoroughly disgusted by the recent admission that John Edwards had an affair, but the reasons I'm disgusted are probably very different than what you'd think.

First, why is this "news"? In my opinion an affair is a private thing between a couple; it is NOT news. So why was it on every single local and cable news network, newspaper, internet news website, and Larry King-style talk show? I do not understand this.
Second, as long as the affair was not with someone who could undermine our national security, why does anyone care? Why do Americans have such a fascination with the private lives of celebrities? I do not understand this.
Third, some have said Edwards' affair was particularly terrible because his wife was suffering with cancer. Really? Does that mean that an affair is less hurtful to a healthy woman? I do not understand this.
Fourth, Howard Wolfson claimed that if Edwards' affair had been made public before the Iowa primary, Obama (who was endorsed by Edwards) might not have won the primary. (This suggestion has been denounced by every leading politician and pundit.) But what does Edwards' affair have to do with the general public? What does it have to do with his ability to do his job? Why would it cause someone to vote for an opponent? I do not understand this.
The fifth and probably the most important reason I'm disgusted is because John Edwards does not support marriage equality for gays, yet he allowed himself to violate the 'sanctity' of his own marriage. So, according to him and every other unfaithful politician, gays and lesbians should only be granted civil unions (most rights but with a second class label), while real, sanctified marriage is reserved for straight people, who may then defile that marriage with affairs. I do not understand this.
James Dobson, the founder and leader of Focus on the Family, wrote “...marriage between homosexuals will destroy traditional marriage [because] this is the ultimate goal of activists.” Yet, the Census Bureau and many other sources report the national divorce rate in America at between 40%-50%. Since gays and lesbians are not able to marry (except in MA and CA, and not at all prior to 2004), this means that almost 1/2 of all marriages are destroyed by divorce by STRAIGHT people, not gays. In fact, MA has the lowest divorce rate, despite it being the only state where gay marriage was legal and available from 2004-2008. Why would anyone think that gay marriages could have any affect at all on straight marriages? I do not understand this.
Crush du Jour: Scott Bailey 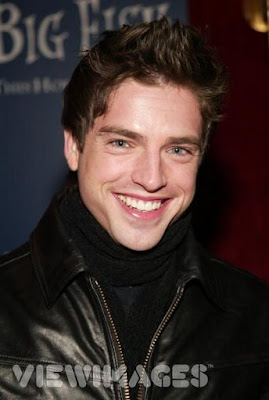 There is an emerging statistic in MA that gay couples divorce less than straight couples.

I do know of one gay divorce that's winding its way through the RI courts right now. The last Superior court justice denied the case but did mention that if the plaintiffs filed suit under the violation of the their Constitutional rights the courts would have no choice but to invalidate the law that blocks the couple from divorcing, the Family Court Act.

What Justice Hurst has done is to put the legislature and the executive between a rock and a very hard place.

If they fail to act, they'll see the Family Court Act declared unconstitutional under the RI Constitution (Relevant is Article 1, Sections 2 & 5).

If the Family Court is unconstitutional then all its rulings are too. What a mess this is going to be but the judge even said this is due to the failure to act on the part of the legislature and the executive.

I happen to know for the past 3 to 4 years marriage equality has passed the House Justice Committee each time to be tabled by Speaker William Murphy, whose name should tell you that he not only kisses the bishops ring, but his ass too.

So count one more thing the Catholic church has fucked up.

James Dobson and the other right-wing asshats don't truly BELIEVE gay marriage will lead to the destruction of the traditional marriages. They simply don't want any gay acceptance AT ALL, and this is the scare tactic they use to "sell" their point to the rest of society.

Scare-tactics are the only thing these people have left, as the inevitable tide of gay acceptance slowly makes its way across society.

The younger generation isn't afraid of gay people (as a whole). Many have gay friends. Studies show that a majority of younger people don't even have a problem with gay people getting married.

And this scares people like James Dobson to death.

As far as John Edwards goes, this shouldn't matter, but the reality is - it does. And John Edwards knows this.

I was shocked by the John Edwards thing because he just doesn't seem like the cheating type to me. He didn't seem like one of these egotistical types that need approval like they need air (Clinton).

With the cancer thing, I don't think it's that a healthy woman would be less hurt by it, but...I can barely bring myself to type this hooey...he's supposed to stick by his wife in sickness and in health. So it's more that he showed such cruel disregard for his wife that went so shockingly against the grain of their public image that people made a huge deal out of what should really be a private matter.

I agree that this really isn't news. However, I can see the point that it is news because he lied about it. By denying he had an affair during his campaign run.

This brings into question his ethics. He lied about this, what else?

Now - its not news, I guess its a slow news day.

I guess lying is only acceptable when thousands of lives are lost and billions of dollars squandered.

Mark,I couldn't agree more!I don't understand it either.It is just like all the homo-haters.I don't know why our life style bugs them so much.Are we really affecting theirs lives so much?Are they losing sleep at night?Are we asking them to pay our bills? No. This is just the same.Your right that this should be kept out of the news.It doesn't effect us in the slightest.

you raise excellent points, but i think the answer (not for all of them) is:

The Art of Distraction.

John Edwards has NOTHING to do with anything right now, but a new conflict in Russia, a growing "threat" in Iran, a continuing housing/interest rates crisis claims more victims...but John Edwards cheated on his sick wife.

Yes, he's a jerk for it, but it's not necessary to let this story win anyone's attention.

Well said! I want to pull my hair out as well but I dont have enough to spare so I will just stomp my feet..wait I have a fracture...Ok I am now yelling the "f" word for us!

You made some great points. This morning on the Today show, Andrea Mitchell did a long piece on the affair, speaking in portentous tones as if this were a matter of serious national interest. He's a former politician who's not currently running for anything, in other words, he's a private citizen. This is not national news. It's a personal matter.

I also completely agree with your point about Edwards' hypocritical position on marriage equality. I remember him blathering on about being a Baptist and being on a "journey." Whatever, pretty boy. The only journey he was on was into another woman's pants.