We didn't have much planned so we decided to make it a 'chill out' weekend.

Sat it was relatively warm and sunny so we took the dog for a longer-than-usual walk. She loves going for walks but her enthusiasm exceeds her ability. She's probably 14 or 15 years old and has had some trouble with her back so we usually limit the length of her walks. Once we returned her to the house, Spouse & I went for another, longer walk down to the bay. When we do this I am reminded why we left the DC area: to have the ability to be near the water whenever we want.

We also cleaned our dirty house on Sat, and wound up taking less time than I expected, which was a nice surprise. But I've learned that dreaded tasks are often not as bad as the anticipation of doing them.

Sun was almost the opposite of Sat: cold, windy, and rainy. A good day to stay home. We only left the house once, to go to the grocery store.

Having so much uncommitted time on our hands this weekend gave us the opportunity to watch several movies:

Leaving Metropolis (Netflix DVD) is the story of a gay painter who experiences a creative block. To regain inspiration he decides to get a waiter job at a struggling diner, hoping his experiences would reconnect him to the lives of the working people. Things get complicated when the diner owner (who's married to the cook) becomes attracted to the painter/waiter. The painter/waiter is warned by both his fag hag and his pre-op transgender roommate not to get involved with a married man but he doesn't listen. We liked the film and would recommend it.

300 (video store rental) is the computer-generated film about King Leonidas and the 300 Spartan soldiers that go to battle against Xerxes and his tens of thousands. I must give kudos to the life-like cg animation, as many times I was able to forget there were no actual people in the film. But other scenes looked kind of like a video game, especially the battle scenes where blood splatters flew into the air and then disappeared. And although all of the speaking solders had distinct faces, they all appeared to have the exact same body. Every one of them had the same developed arms and pecs, washboard abs, and no body hair, which seemed highly implausible since manscaping didn't originate until the late 20th century. We liked the film and would recommend it if you're standing in the video store as we were and can't find anything you really want.

Mission to Mars (accidentally found on cable) was an unexpectedly good film about a rescue team sent to find a lost team of astronauts headed to Mars. I'd never heard of this film, which surprised me since it had several 'known' actors: Tim Robbins, Gary Sinise, Don Cheadle, and Jerry O'Connell. After abandoning their disabled spacecraft, the rescue team finds the lone survivor of the team they sought, only to tell him they have no spacecraft in which to return home. We liked this film a lot and would definitely recommend it.

Ladies in Lavender (Netflix DVD) is the story of two senior citizen sisters Janet and Ursula, played by Maggie Smith and Judi Dench, who find a body washed up on the shore near their home. They nurse the young Polish man back to health and teach him to speak English, while he dazzles them and their neighbors with his exquisite violin playing. Despite the obvious age difference, Ursula develops a crush on the young man, who reminds her of a young man from her past. This film is beautifully shot on the English coast, and Judi Dench continues to amaze me with her versatility and believable acting. Having recently seen 'Notes on a Scandal', I was delighted at the very different type of character Dench brought to life in this film. Highly recommended for its sweet story and gorgeous cinematography. 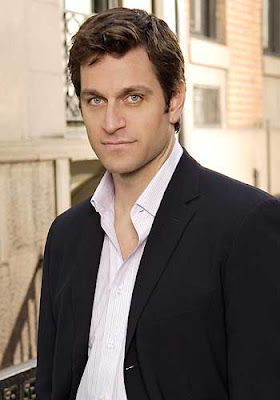 Glad you liked Ladies in Lavender :-) (I think I recommended it to you a little while back.) Dame Judy is an amazing actor.

Our house needs a thorough cleaning, too. Can I borrow some ambition?

Mission to Mars is suprisingly RANCID.

So true about the dreaded tasks.

We saw Leaving Metropolis a long time ago and I think we liked it too.

300, we thought was visually stunning, and the cgi man-candy (man-dy?) was drool-inducing. But Mike and I both found there to be a disturbing vein of homophobia running through the story, e.g. All the bad guys were effeminent and depraved. It was strange, on the one hand the movie was very homoerotic, and on the other, the evil characters were all vaguely gay.

Peter Herman needs to hug me and more....good looking indeed!