Disappointed - a call to action

I was disappointed to learn that Heinz has chosen to withdraw its Deli Mayo commercial featuring an alternative family. But rather than just stew over it, I decided to take action and contact the UK branch who commissioned the commercial.

I encourage you to do the same by clicking here to send an email via their website. Or, send your email directly to the top executives: Michael.mullen@us.hjheinz.com,
Nigel.Dickie@uk.hjheinz.com, and jessica.jackson@us.hjheinz.com. Here is my letter, which you may copy or paraphrase if you like:

I was very pleased to see the commercial (via the internet) for your Deli Mayo. I found it to be tasteful and clever. I liked the fact that the commercial showed an alternative family, since we all know that families come in many varieties. Not all families are caucasian, and not all families have both a mother and father, yet they are still valid families that exist among us. I applauded your sensitivity to the reality of the diversity in our world when I forwarded the commercial to many of my friends, and made a mental note to pick up some Heinz Deli Mayo at the store next time.

But my delight turned to disappointment when I learned that the commercial had been withdrawn after less than a week due to "complaints that it was offensive and inappropriate."

I am disappointed that Heinz did not stand behind its decision to run this commercial that represents just one of the many alternative families that exist in our community. It appears that Heinz cowered to a small but vocal minority whose sensitivity to diversity could stand to be raised a bit.

Since a small sample of consumers complained about an alternative family with two fathers resulted in Heinz's withdrawal of its commercial, what will be next?

Will Heinz not feature any single-parent families?

What about inter-racial families?

Will Heinz choose to feature only caucasian families with two opposite sex parents?

What will Heinz do if they receive more than 200 complaints from consumers who express their disappointed that the contemporary, realistic commercial has been withdrawn?

It may be impossible to accurately answer these questions at this point, but I urge Heinz to ponder them sufficiently in order to better inform its marketing direction and not cater to a small number of small-minded consumers.

You can also sign this petition, but I feel emails via their website and directly to the executives are much more effective. Come on! Let's not sit back and say nothing while a handful of old, conservative fogies are shouting from the roof tops. Contact Heinz and encourage others to do the same by posting a link to this post on your blog. 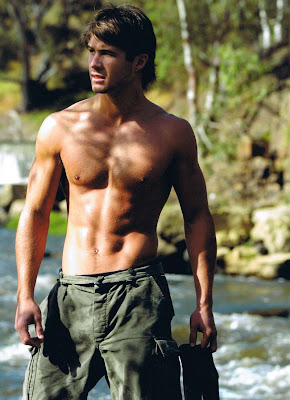 I would love to know what Teresa Heinz Kerry - John Kerry's wife and Heinz shareholder - has to say about this.

Thanks Love...I am on it---Letter will be forwarded...Hows your support system down there today? I just read your comment about pref in underwear..It WASNT TMI...he he he

I'll be answering this call to action my friend.

ps: you're such a big tease with that new profile pic, but I dig the new 'do!

I send in my email response. I told them to "grow a pair"

Agreed! I don't actually use anything they make, but I thought tha ad was genius. At least they(them, it's always them.) are offended by men kissing now and won't use it as comedy anymore.